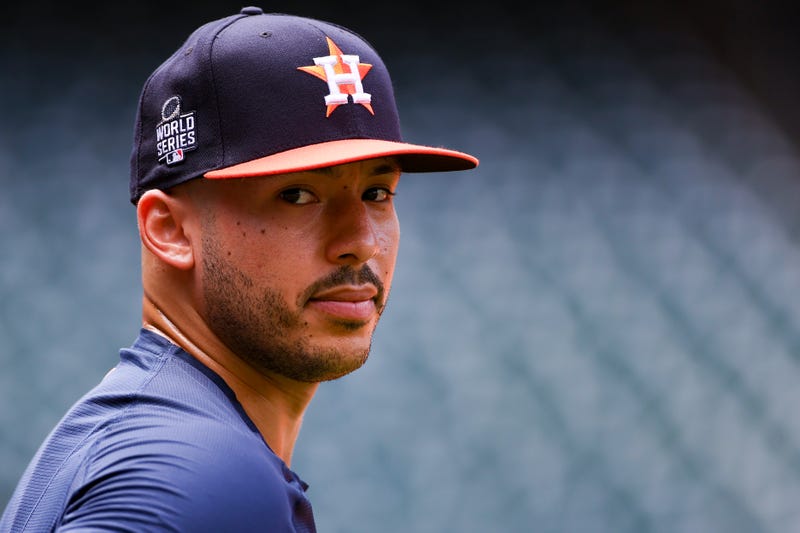 Most of the attention has been drawn to this winter's star-studded group of shortstops. Three of five brand-name players have already signed new deals, and Corey Seager's $325 million contract with the Texas Rangers has set the market. So, how will the process play out for superstar Carlos Correa?

"He should have a very good market. But it's kind of a mystery, to this point," Audacy Sports MLB insider Jon Heyman told After Hours with Amy Lawrence on Tuesday. "We know Houston offered $160 million for five years, an upgrade over the $120-125 million they offered in spring training. He's certainly going to get a contract much greater than that. It may take a little time to develop.

"There'll be so more signings today, as we get closer to that soft deadline. But at this point, it doesn't appear that market is ready to go. So, I think it might take a while, but he's going to do well. He'll probably come up short of Seager, but he's an outstanding player. He's won a Platinum Glove, a terrific all-around talent, and obviously a great personality as well."

He's also no slouch in the field -- far from it. He won a Platinum Glove as this year's best American League fielder, racking up a league-best 20 defensive runs saved. In addition, Correa produced the highest defensive WAR among shortstops, earning him All-Star honors for the second time in his career.

The entire MLB free-agent conversation between Heyman and Lawrence can be accessed in the audio player above.