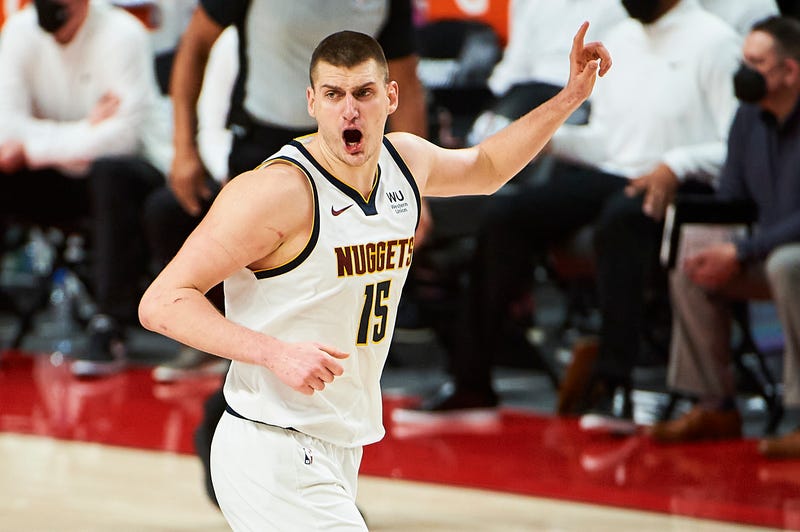 On Tuesday, Denver Nuggets superstar Nikola Jokic became the first center since Shaquille O'Neal in 2000 to win the NBA's Most Valuable Player award. Suffice to say, it was a historic season for the 26-year-old, as he finished with career-best averages of 26.4 points, 10.8 rebounds, and 8.3 assists.

Over the last two decades, the NBA has catered to versatile scorers and perimeter players, as a result of rule changes and the evolution of gameplay. But big men are once again in vogue, and during Wednesday's edition of the JR SportBrief show, JR discussed whether the modern-day centers and stretch forwards are capable of taking over the league.

"I think it's pretty damn awesome that Nikola Jokic won MVP. And I think he deserves it," JR said. "And it wouldn't surprise me if [Philadelphia 76ers star] Joel Embiid -- if his big ass can stay healthy -- it wouldn't surprise me if he wins an MVP. Dammit, he could win MVP next year if he plays enough games. But I don't think we're going to see a reemergence of the big man. I don't think Nikola Jokic winning MVP is a precursor of center dominance. I'd be shocked if Nikola Jokic won another MVP...

"And so, right now, yeah, we've got Jokic and we've got Embiid. They're blips. They really are. We're always going to have a big man who can take over and move things at will. We'll always see spurts of it, where Hakeem Olajuwon is the best player in the league. We'll see a spurt, where through 82 games, David Robinson can dominate. We'll see spurts where Shaquille O'Neal -- yes, he's always been a dominant force -- in the late '90s and early 2000s, this man was just like a tank among action figures out there.

Jokic made an NBA-leading 732 field goals this season, and led the league in double-doubles with 60 and ranked second in triple-doubles with 16. He also joined Oscar Robertson and Russell Westbrook as the only players in history to ever average at least 25-10-8 for a season, according to ESPN Stats & Info.

JR's complete thoughts on the NBA's big men can be accessed in the audio player above.