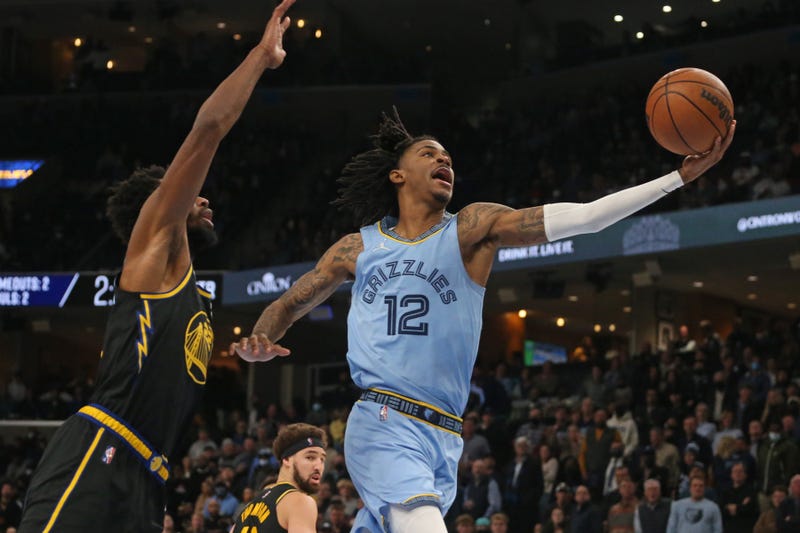 It's been almost three years since the New Orleans Pelicans selected college sensation Zion Williamson with the first overall pick in the 2019 draft. And with each passing day, it appears the Memphis Grizzlies -- which owned the No. 2 pick that summer -- wound up taking the class' best prospect.

The best ability is availability, and third-year point guard Ja Morant is bursting into an NBA superstar. In 30 games this season, the 22-year-old is averaging 24.9 points, and his team-high 29 points against the Golden State Warriors on Tuesday night helped extend Memphis' winning streak to a franchise-record 10 games. The Grizzlies (29-14) are only 3.5 games back of first in the West.

"Normally what I'd say is, nobody goes from perennial lottery team to Finals. But the Suns just did that, they skipped the in-between steps," SI.com writer Howard Beck told the Reiter Than You show on Wednesday. "So the question is, can the Grizzlies skip those in-between steps, and are the Suns a proper precedent. And I'm not sure if it's the right precedent...

"Memphis is playing so well, you can't discount them. And what they're doing is fantastic -- it's great and should be celebrated. Ja Morant shouldn't only be an All-Star, but he's certainly situated for the All-NBA teams and now is part of the MVP discussion, rightfully. But I don't know that we should make them a contender yet. Just because I still believe, in most cases -- last year's Suns notwithstanding -- that you've got to take those intermediate steps first."

Morant put the league on notice this past weekend, when he defied gravity with a stunning two-handed block against the Los Angeles Lakers. He also showcased his growth late in the fourth quarter of Tuesday's game, evading two defenders and penetrating to the basket for a clutch left-handed layup. According to the Elias Sports Bureau, Morant is youngest player in league history to average at least 25 points in a double-digit winning streak.

Memphis will look to extend its win streak to 11 games on Thursday, in a home matchup against the Minnesota Timberwolves. According to FiveThirtyEight, the Grizzlies are projected to finish the regular season with 52 wins, and the chances of an NBA Finals appearance currently sit at 8-percent.