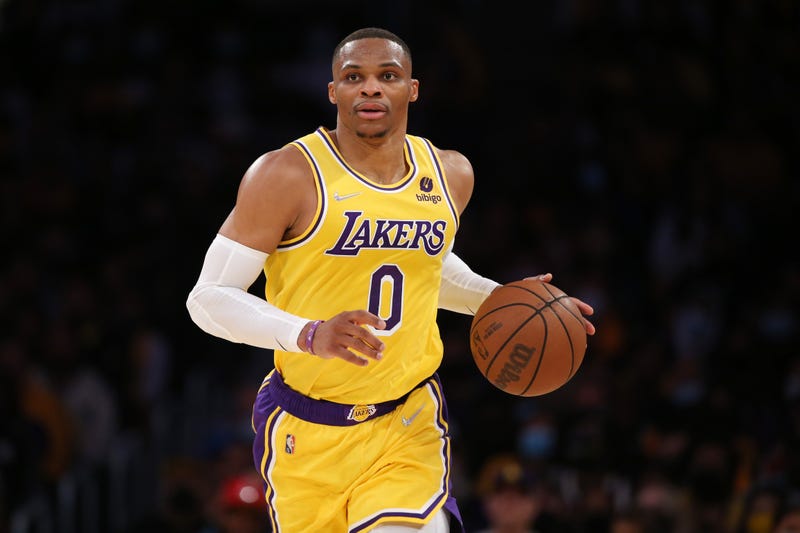 Russell Westbrook's first road game as a member of the Los Angeles Lakers went much better than his first three home games. Much, much better.

The NBA's triple-double king finally found a groove Tuesday, scoring 33 points with 10 rebounds and eight assists in the team's 125-121 overtime win over the San Antonino Spurs at AT&T Center. Although the Lakers were forced to play without LeBron James, due to ankle soreness, Westbrook and Anthony Davis scored or assisted on 91 of the 125 total points.

"Like a lot of people around the league, I've been skeptical of the Westbrook fit there, and remain so. But I'm also open-minded enough to believe that this can work," SI.com senior writer Howard Beck told the Reiter Than You show on Wednesday. "It's going to take time. It doesn't help that LeBron is nursing an injury, I don't know how much time he's going to miss.

"Maybe it's actually good for Westbrook that he gets to acclimate himself to Davis and the rest of that supporting cast while LeBron is out. Maybe that helps Westbrook get more of a rhythm there, because it seems like he's been pretty out of whack, starting in the preseason. And then maybe when LeBron comes back, they figure that out. But that actually is still the biggest puzzle..."

Westbrook, who was acquired by the Lakers in July, didn't start the season on a high note. He averaged only 12.0 points with a 34.9 field goal percentage in his first three games, and committed 17 total turnovers. But Westbrook looked like his old, scoring champion self against San Antonio, and he told reporters after the game that he wasn't "used to people cheering for me on the road."

In overtime, Westbrook scored six of the Lakers' 11 points, and with 2:38 left in the period, the 32-year-old split two defenders near the left elbow and drove to the basket for a one-handed slam. The Lakers' game-winning bucket came 90 seconds later, as Davis tipped in a missed layup, making the score 123-121.

Los Angeles (2-2) will visit the Oklahoma City Thunder (0-4) on Wednesday, with tipoff scheduled for 8 p.m. ET. According to FiveThirtyEight projections, the Lakers currently have a 44-percent chance to reach the West playoffs.