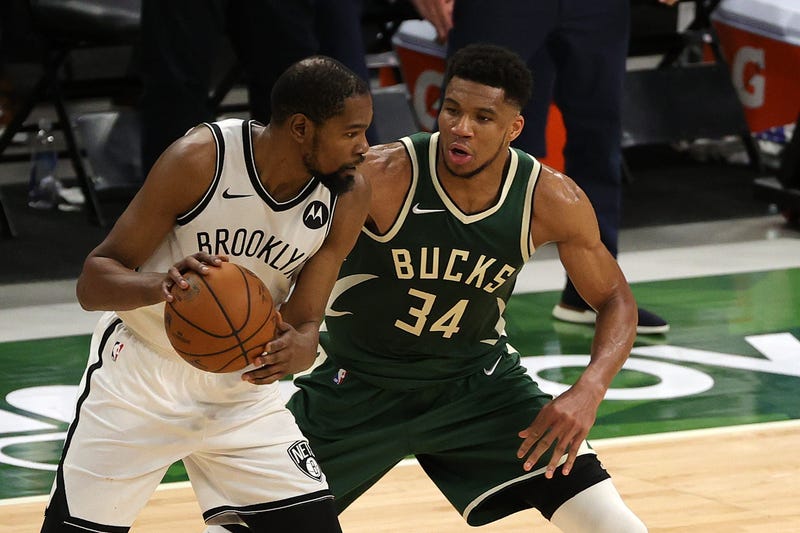 During the truncated regular season, the Milwaukee Bucks didn't get to see the Brooklyn Nets' three-headed monster of Kevin Durant, Kyrie Irving, and James Harden on the floor together in the same game. Blame it on injuries.

"I think we go deep," Bucks president Peter Feigin told The Zach Gelb Show on Thursday. "And I think it's all about, as you know, kind of the intangibles, and what does it mean when P.J. Tucker is on the court playing tough D and hitting. What does Brook [Lopez] mean in the middle. And we're not that young team anymore. We've got experience. We've got pace to really compete. So, I think we're really excited that it'll be an incredible series with the talent that's on the court...

"I don't know Durant. But I know Giannis -- this is what he lives for. He loves it. This is about pure competition, nose to the grindstone, and a real challenge. And I think people forget Giannis is the reigning Defensive Player of the Year, and what he brings to both sides, in a big way. I think it's going to be just an awesome series to watch."

Milwaukee, the East's three-seed, won two of their three regular season matchups against Brooklyn, and during those games, Antetokounmpo, Middleton, and Holiday scored a combined 85.2 points on average.

The entire Bucks conversation between Feigin and Gelb can be accessed in the audio player above.