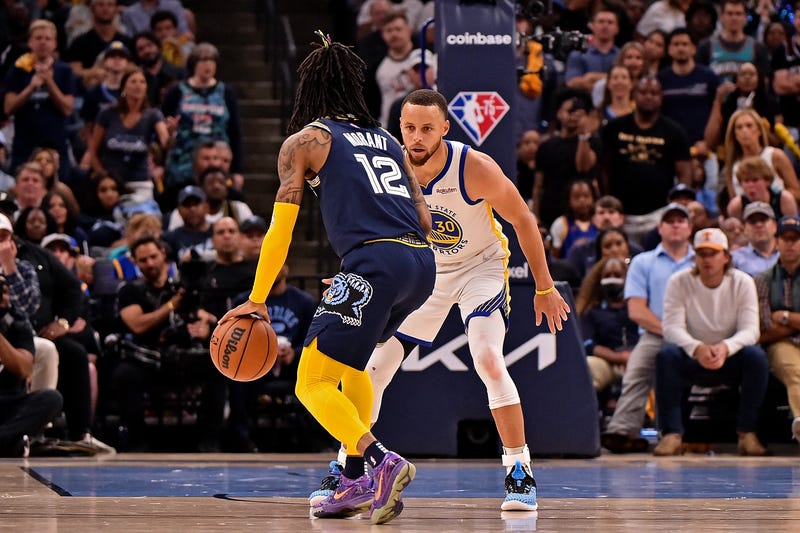 Memphis Grizzlies guard Ja Morant received the NBA's Most Improved Player award last week, but the 22-year-old phenom delivered a clutch performance to the tune of MVP chants on Tuesday. Hoping to avoid an 0-2 second-round series deficit to the Golden State Warriors, Morant -- battling blurred vision in the second half -- owned the spotlight inside FedEx Forum, scoring 47 points with eight assists and eight rebounds in the Grizzlies' 106-101 win in Game 2.

Morant didn't wilt under crunchtime pressure. According to ESPN Stats & Info, he scored 15 of the Grizzlies' 17 points in clutch time, which comes in the final five minutes of a game within five points. Morant's also the third player in NBA history to have multiple 45-point games in the postseason, before turning 23. Memphis will carry that momentum into the Bay Area for Game 3 on Saturday, though NBA analyst Tim Capstraw believes the Warriors still have the edge.

"I thought [the Grizzlies] were a really dangerous team [in the regular season], watching them play. Not only with Ja Morant, but without Morant, they're 20-2 -- I mean, that's unbelievable," Capstraw told The DA Show on Wednesday. "They're a really good team. But there's a huge difference -- when teams are ready to play, young and energized, their coach is terrific -- between winning in January, February in the dog days, and guys are playing for their NBA lives.

"They're going to give max effort each night. There's a difference coming into the playoffs. And I think it's not a great matchup for them -- going against the experience of the Golden State Warriors. Again, though, that's why last night was such a big deal, such a big deal to win the game... And the one thing the Warriors don't have is a big, interior physical presence... If [Grizzlies big man Steven Adams] comes back, that could make it very interesting, also."

Memphis, which earned the West's second-seed with a 56-26 overall record, will play Game 3 against Golden State on Saturday night at Chase Center, with tip-off scheduled for 8:30 p.m. ET. According to FiveThirtyEight's projections, the Grizzlies currently have a 43-percent chance to reach the West Finals and just a 14-percent chance to make their first NBA Finals in franchise history.

The entire NBA postseason conversation between Capstraw and DA can be accessed in the audio player above.