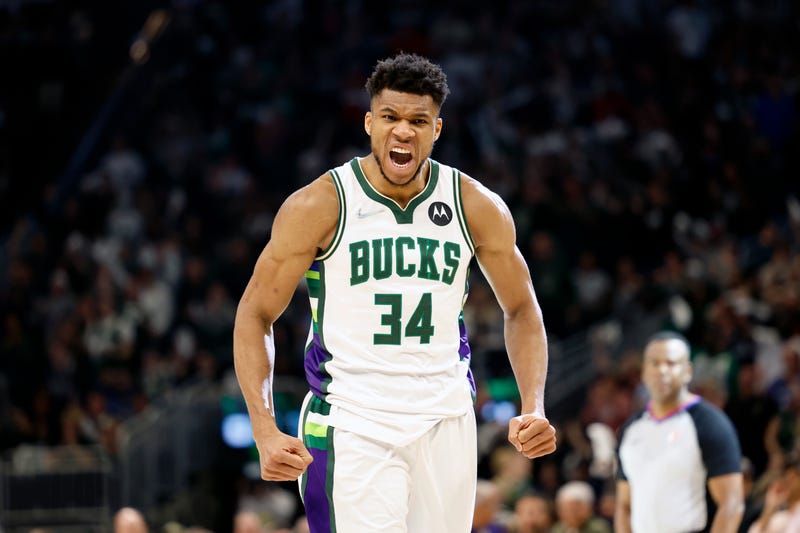 Giannis Antetokounmpo's mission to become the eighth player in NBA history with three MVP awards will carry over into next season. According to a report from ESPN insider Adrian Wojnarowski, the Milwaukee Bucks' superstar won't be named the 2021-22 recipient this week -- he's one of the NBA's runner-up finalists, as Denver Nuggets star Nikola Jokic is taking home the hardware for a second consecutive campaign.

Although it's still unclear whether Antetokounmpo finished second or third in MVP voting results, the 27-year-old produced yet another sensational regular season for the Bucks. In 67 games, he averaged a team-high and career-best 29.9 points with 11.6 boards and 5.8 assists, and recorded 30 points in half of the games. Antetokounmpo's a dynamic playmaker with a unique skillset, and his talent reminds Boston Celtics legend Cedric Maxwell of an NBA icon.

"Right now, I definitely have to say he's [the NBA's best player]. He's dynamic in what he's able to do," Maxwell told The Zach Gelb Show on Tuesday. "I think if you look at it, Kevin Durant is probably a better offensive scorer because his jump shot is more reliable, and he's more deadly from the three-point line. But Giannis, when going toward the rim, there aren't a lot of guys like him.

"When looking back at my days of playing through the late 1970s and 80s, the guy I'd say Giannis is more like is a taller Dr. J [Julius Erving]. He's athletic and a guy who can get to the rim. Big hands -- always looking to create situations with his athleticism. He'd jump over, through, and around you. Giannis would play great in my era. Athletically, he's so gifted. Not a lot of guys like him."

Milwaukee, which clinched the East's third seed with a 51-31 record, will play Game 5 of its East semifinal series against the Boston Celtics on Wednesday night at TD Garden (7:30 ET tip-off). Through nine playoff games this spring, Antetokounmpo's averaged a team-high 30.1 points with 13.2 rebounds and 7.0 assists. With the series tied at two games apiece, the Bucks have a 29-percent chance to reach the East Finals, according to FiveThirtyEight.

The entire NBA conversation between Maxwell and Gelb can be accessed in the audio player above.