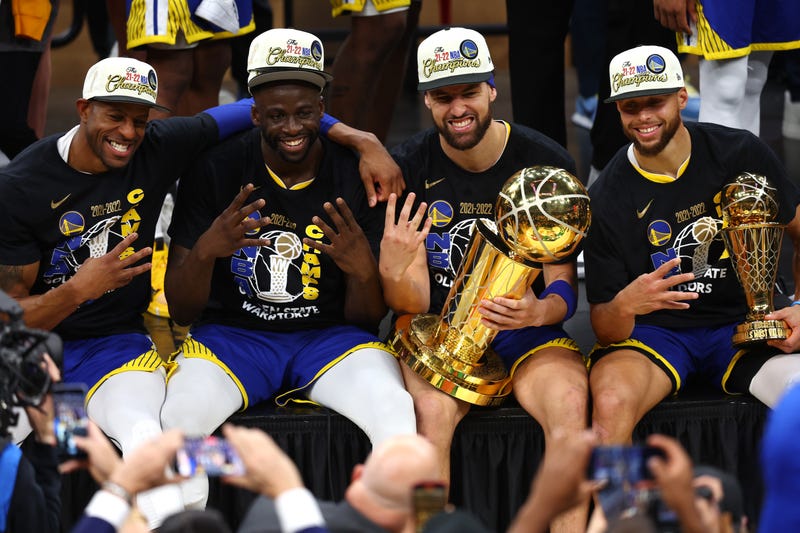 The scene on Boston's hallowed parquet was unlike the other celebrations. The Warriors had just dispatched the Celtics for their fourth championship in eight seasons, and the reaction was anything but routine. There was far more emotion buried in this title run, exemplified by the tears from Stephen Curry.

The NBA's greatest shooter of all-time portrayed a wide swath of sensations Thursday. There was ego as he knocked down a killer three-pointer and then pretended to place his head on a pillow, putting the Garden crowd to sleep. There was satisfaction through a devilish smile, as he sat on the bench and victory was imminent.

There was pride via a four-gun salute as the seconds ticked off, one for each of his titles. There was sentimentality as he sat and cried when the final buzzer. And then there was frustration, when a reporter asked about his first Finals MVP award. "Forget that question," Curry replied. "Why you start with that question? We've got four championships!"

When probed further, Curry, like the other Golden State mainstays, uncovered the reason for all of the emotion. Their last three seasons had been filled with uncertainty and questions for a team that used to play with ultimate certainty. The 2019 Finals saw both Kevin Durant and Klay Thompson severely injured. Then Durant departed, leaving them to reconfigure once again. Thompson's myriad of ailments, Curry's 2020 injury, Draymond Green's apparent erosion of skills, and young, unproven faces inserted into the barren lineup, all flattened Golden State. They were one of the worst teams in the league two years ago, and then a fringe playoff team last season. There were no more guarantees.

For 99-percent of teams in the NBA, no guarantees is just the standard. But the Warriors, between 2015-19, weren't standard. Once the first squad broke through with a championship, it was readily apparent to everyone this was a window opening to massive success. Curry, Thompson, and Green were age 26 or younger. Steve Kerr hoisted a trophy in his first season as head coach. And the following season was a runaway freight train to 73 wins, the greatest regular season in NBA history. There weren't many road closures en route to the Finals. It was just a team at its peak tearing through the NBA, even when trailing 3-1 in the Western Conference Finals.

After collapsing against the Cavaliers in the 2016 NBA Finals, the Warriors had officially been altered in the court of public opinion. They were no longer the exciting, young future of the league. They were brash, cocky, dirty (remember Green's questionable play), and chokers. LeBron James trolled them with the Ultimate Warrior t-shirt at Cleveland's special parade, and the Halloween party tombstones. The addition of Durant that offseason cemented Golden State as the most vilified team in the NBA. They had tipped the scales "unfairly" in their direction, and Durant was gravy-training to his elusive championships. 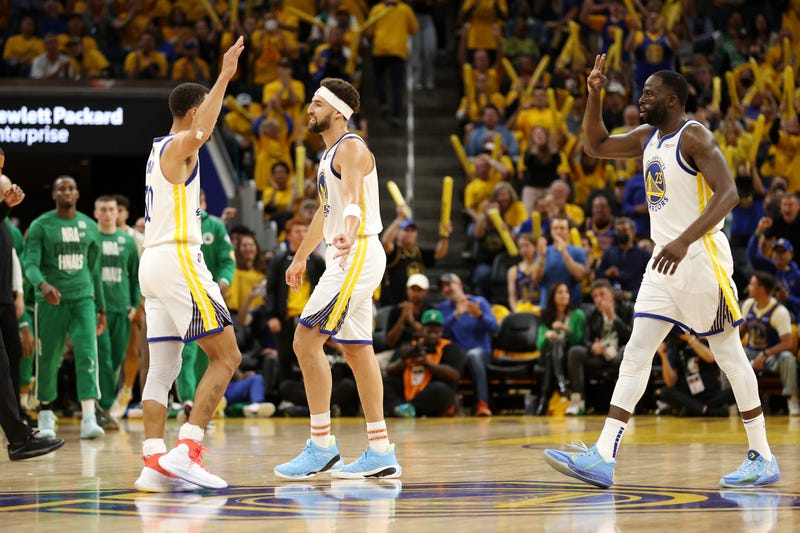 The fear became reality as the Warriors tore through the NBA, sweeping all three playoff series en route to the 2017 Finals. They took out the Cavaliers in five games, and replicated their run to a ring the following season, sweeping Cleveland in the 2018 Finals. They thrashed the league dispassionately, their celebrations muted. They knew it was no contest. The rest of the basketball world knew it was no contest. And they were forced to defend themselves against the old-timers, who called out the artificiality of ring-chasing, talent stacking, and microwaved dynasties.

Nothing about the three year with Durant was satisfying for anyone involved. Fans knew no team stood a chance against a healthy Warriors team. Durant's titles were minimized. He lashed out at his critics, creating burner accounts to fight with teenagers on social media. NBA historians gave them little credit for these banners. And the fight between Durant and Green at the beginning of Year 3 created a dark cloud over the whole season. Durant and Thompson's devastating injuries, plus their 2019 Finals loss to the Raptors, put a painful bow on the era. The deal with the devil had come to its conclusion. And for three years of invincibility, total calamity was the cost of the bill.

The Warriors can't admit it, but if the last titles they ever won were the Durant ones, it would've been highly unsatisfying. There was just so much hate and negativity surrounding those runs, and the constant baby-sitting of Durant's emotions became an albatross. This one was theirs again, and perhaps even more fulfilling than the first, because it comes after much of their basketball lives are in the rearview. Curry, Thompson, and Green are now in their 30s.

Curry will be 35 by next spring. Thompson's nowhere close to what he once was, before the injuries. And Green recorded more fouls than points midway through this Finals against the Celtics. All of those emotions poured out from the Warriors at TD Garden because they've never been good losers, nor stoic winners. Golden State has been brash. They've shimmied and shook, barked and bellowed during all of their winning. For the last six years, they've felt all of that criticism, and for themselves, they finally beat it.