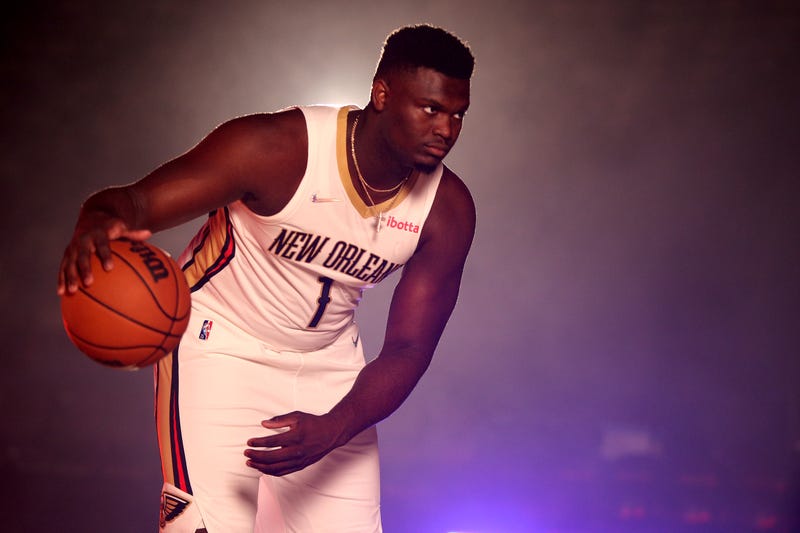 New Orleans Pelicans star forward Zion Williamson is missing the start of the 2021-22 regular season due to a two-week-plus setback in his recovery from offseason foot surgery. And this delay may not be the franchise's only health-related concern with him.

According to a report from Jake Fischer of Bleacher Report, Williamson lost some control of his weight in the summer, reaching "north of 300 pounds." Fischer also wrote that, when Williamson recently traveled for a preseason game, NBA personnel "were struck by his heavier appearance," as he looked noticeably heavier than his listed playing weight of 284 pounds.

"He looks like Zion to me. That's him. That's what he looks like," team analyst Antonio Daniels told the Tiki and Tierney show on Wednesday. "There's only so much he can do. When you have a lower extremity injury, you can't be out there sprinting or running... Because it's a foot -- and last year when it was a knee -- the conditioning part, there has to be a plan put in place. You have to slowly but surely ramp it up, so you don't set yourself back long-term."

Last week, Pelicans vice president of basketball operations David Griffin told reporters that Williamson has "no fixed timeline" for a return to game action, and he'll be reevaluated in two weeks. The 21-year-old phenomenon fractured his right foot in early August, during an offseason workout ahead of summer league play.

Williamson has an injury history. Although he averaged a team-high 27 points with 7.2 rebounds and 3.7 assists in 61 games last season, he played only 24 games during his rookie season in 2019 after tearing his right meniscus during training camp. Last year, Williamson's season ended early due to a fractured left ring finger, which cost him six games.

According to FiveThirtyEight, the Pelicans are projected to win 47 games this season, and they currently have a 77-percent chance to reach the playoffs.

The entire NBA conversation between Daniels and Tiki and Tierney can be accessed in the audio player above.