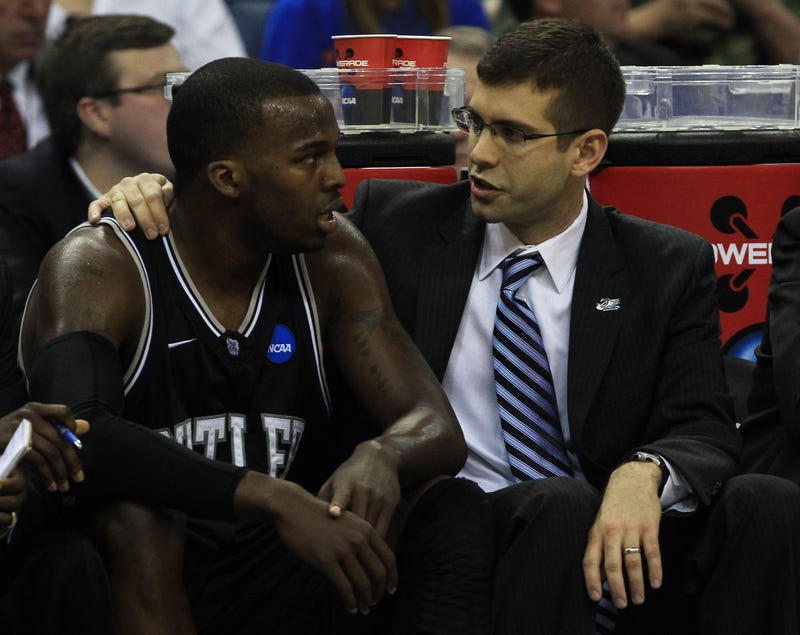 "I'm pretty sure he'll do well," Mack told The DA Show on Wednesday. "He has one of the greatest jobs you can have in the game of basketball. I'm looking forward to seeing what he does, the moves he makes, and if he can actually build a team... Not at all [did I ever imagine him in the NBA]. We talked about a lot of different things, but I didn't see that coming. But he came to the NBA, just like he did at Butler, had an undervalued team and made them great.

"I think he's going to do the same thing with the Celtics, from a front office standpoint... I just never saw him express too much about the NBA, talk about games and stuff. But as I got older, and the more I spent time with him on campus and the final season before going to the NBA, I kind of started seeing it come along. But early on when I was in college, I didn't see it."

Stevens, who spent seven seasons as Butler's head coach, joined the Celtics back in 2013. The 44-year-old took Boston to the Eastern Conference playoffs in seven of eight seasons, but following their first-round playoff exit in June, the team announced that Stevens was replacing the retiring Danny Ainge as president of basketball operations.

On June 28, Stevens and the Celtics brass named Ime Udoka the franchise's next head coach, making him the 18th head coach in the organization's 75-year history. Udoka spent the last nine seasons as an assistant coach between the San Antonio Spurs, Philadelphia 76ers, and Brooklyn Nets.

The entire basketball conversation between Mack and DA can be accessed in the audio player above.