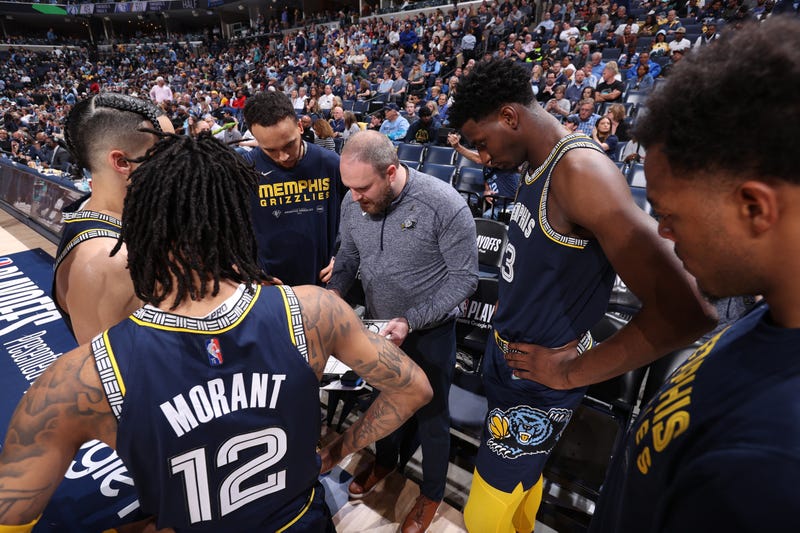 Memphis Grizzlies stars Ja Morant and Jaren Jackson Jr. weren't satisfied with how the team executed in their Game 1 home loss to the underdog Minnesota Timberwolves last weekend. They became the first team to allow 130 points in a playoff-opening home loss since 1978, and it was just the fourth time all year that they conceded 130 points in a game. An uncharacteristic performance.

But Memphis -- which won the second-most games in the NBA -- resembled its second-seeded self in Game 2. Attempting to evade an 0-2 series deficit, Morant scored 23 points and came one rebound shy of a triple-double in the Grizzlies' 124-96 win over the Timberwolves on Tuesday inside FedEx Forum. According to ESPN Stats & Info, it was Memphis' largest margin of victory in franchise postseason history.

"The relationships that [head coach Taylor Jenkins] built with this team and the culture he built is real," Grizzlies sideline reporter Rob Fischer told After Hours with Amy Lawrence on Wednesday. "And what's been amazing to me, from Day 1, is the trust Jenkins has in the players, and the trust players have in Jenkins. He has their ear at all times, and also listens to them at all times. It's a trust that goes both ways. Everyone's on the same page.

"When you start hearing players in their postgame interviews sound almost identical to the coach, they've bought in. And they believe in him. And right now when you listen to the Grizzlies talk, they sound like Jenkins every time. Because it's a team concept, it's a family concept. It's all for one, and it truly is that. And I know it can sound cliche when you have success. But it's been reality, all season long, for this Grizzlies team."

Memphis and Minnesota are scheduled to play Game 3 on Thursday night at Target Center (7:30 ET tipoff). According to projections from FiveThirtyEight, the Grizzlies currently have a 59-percent chance to make the semifinal round and an 11-percent chance to reach the Western Conference finals. In their 27 years of existence, they've never made an NBA Finals appearance.

The entire Grizzlies playoff conversation between Fischer and Lawrence can be accessed in the audio player above.