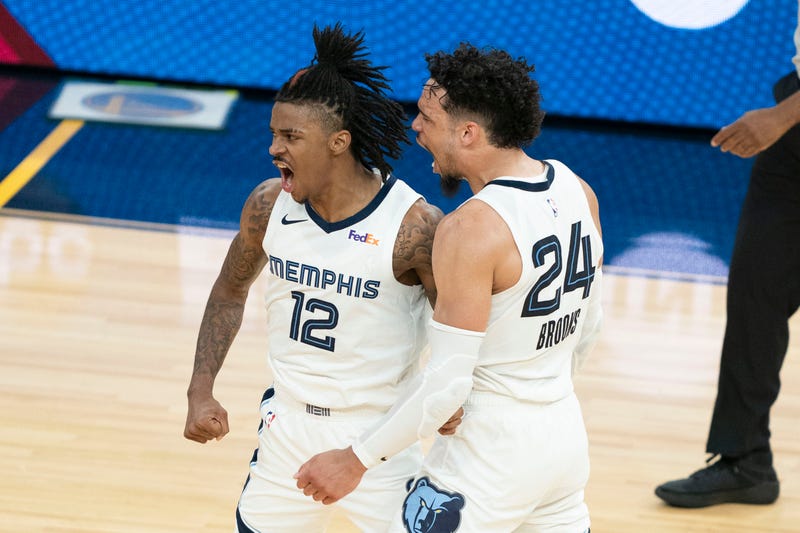 Since the NBA expanded its playoff bracket to 16 teams during the 1983-84 season, No. 1 seeds in the East and West have won a combined 69 of the 74 first-round series against No. 8 seeds. But the underdog Memphis Grizzlies aren't playing as if they know the odds are stacked against them.

The eight-seeded Grizzlies simply oozed of confidence in Game 1 of their Western Conference series against the top-seeded Utah Jazz on Sunday night, as budding stars Dillon Brooks and Ja Morant scored a combined 57 points en route to a 112-109 upset win.

"I've been doing this for way too long, two decades now, this is the tightest Grizzlies team I've ever seen," Hasseltine told After Hours with Amy Lawrence on Tuesday. "The most cohesive group that generally plays for each other every single night. Are there some riffs every now and then? Sure. It's a family that's spending six months of time together, especially in these crazy times where everybody's a little bit on edge.

"But when you see how they pull for each other, whether it's starters pulling for the bench guys, bench guys pulling for the starting guys, sometimes it's almost a tad obnoxious how much they celebrate when they play well. But it's fun for us to watch because we know it does genuinely come from the heart. And that starts at the top with [head coach] Taylor Jenkins."

Entering last week, the Grizzlies had a 1-percent chance of reaching the West's semifinal round, according to FiveThirtyEight's projections. With a 1-0 series lead over Utah, they now have a 15-percent chance to advance.

Game 2 of the best-of-seven series will take place on Wednesday night at Vivint Arena in Utah, with tipoff scheduled for 10 p.m. ET.

The entire Grizzlies conversation between Hasseltine and Lawrence can be accessed in the audio player above.