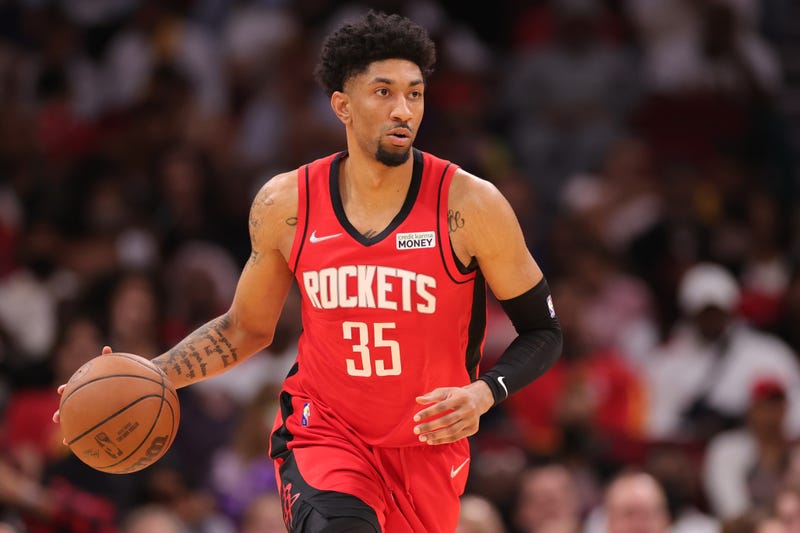 Dallas Mavericks wunderkind Luka Doncic, who's already established himself as one of the NBA's most prolific playmakers, needs a co-star in order for the team to remain a championship contender. Perhaps this request was fulfilled on Wednesday, as the Mavericks have reportedly acquired Houston Rockets center Christian Wood in exchange for the No. 26 pick in the 2022 NBA Draft and four players with expiring contracts.

Wood, who was undrafted back in 2015, produced at a relatively high level for the rebuilding Rockets. In two seasons with the team, he averaged 19.1 points and 9.9 rebounds across 109 games, and at 6-foot-11 and 214 pounds, he can stretch the floor, make jumpers, and work as a pick-and-roll threat. Wood has one year remaining on his contract ($14.3 million), and he's one of six players since 2020 to average 19 points and nine boards on 50-percent shooting.

"So the Rockets are going to have the 3rd pick, 17th pick, and 26th pick next week in the NBA draft," JR said during the JR SportBrief show on Wednesday. "Let's see if they use them to potentially bring in a veteran. Are they going to try to keep to the young core they've started to build? Wood is going to be a free agent. They have Kevin Porter Jr., Jalen Green. Let's see what they do.

"And for the Mavericks, they bring in a big man -- albeit, Christian Wood is an undersized big -- who's basically a guy who can go 19 and 10. So, congrats to Luka Doncic -- he gets a little bit of help, at least in the frontcourt. And this is something that he's needed for several years... Wood is an excellent addition for the Mavericks, and the Rockets are building things up appropriately."

JR's complete thoughts on the Mavericks' trade for Wood can be accessed in the audio player above.