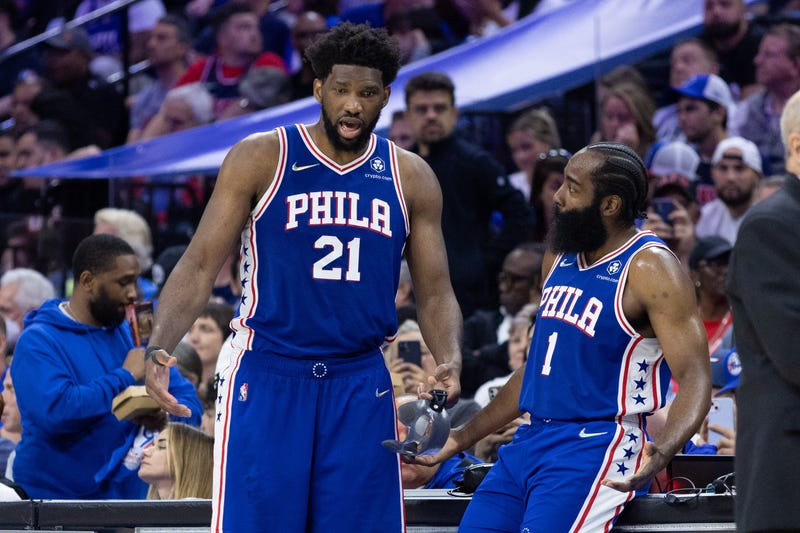 When the Philadelphia 76ers acquired veteran superstar James Harden from the Brooklyn Nets at the February trade deadline, he was widely considered as the missing piece to their championship puzzle. But the blockbuster deal didn't produce a coveted Larry O'Brien trophy this season, and it didn't even push the franchise deep into the Eastern Conference playoffs.

The 76ers' campaign officially ended on Thursday night at Wells Fargo Center, as they fell to the top-seeded Miami Heat, 99-90, in Game 6 of their second-round series. Facing elimination, the 32-year-old Harden wilted, scoring only 11 points on nine shots with nine assists, four rebounds, and four turnovers. He attempted just two shots in the second half, missing both, and made his last bucket with three minutes left in the first half. A complete no-show.

"Forget being on public notice, it's like they're swimming in place. Their poor fanbase had been told by a previous regime that they need to go ahead and 'trust the process.' This isn't a process, this is a disaster," JR said during the JR SportBrief show on Thursday. "You brought in James Harden to help out and supplement Joel Embiid, and James Harden isn't even a shell of himself. He's a quitter. That's what he is right now. Harden is a quitter.

"The Sixers lost 99-90, and the final score isn't indicative of the ass-whooping that Miami handed them at home... Harden had zero points in the second half of an elimination game. He quit. I'm sorry, he isn't this bad. But James Harden quit... Forget making the bed, [Sixers president] Daryl Morey has gone to the store, he bought the most expensive of sheets, and now he's made the bed. He has no choice but to lay down... You're looking at another disaster."

JR's complete thoughts on the Sixers' playoff exit and Harden's struggles can be accessed in the audio player above.