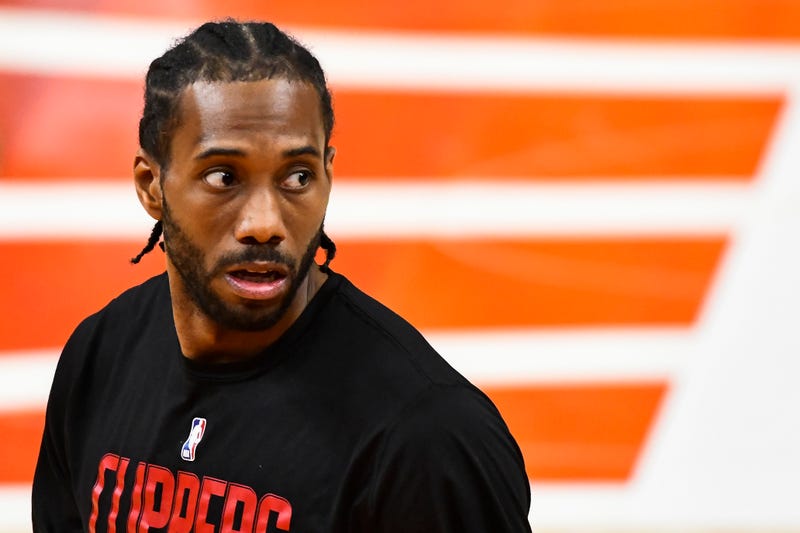 Los Angeles Clippers star guard Kawhi Leonard underwent successful surgery to repair a partial ACL tear in his right knee, the team announced on Tuesday, and there's currently no timetable for his return.

In other words, the Clippers are in a world of trouble. And their time as legitimate title contenders is soon coming to a end, according to JR.

"I'm not saying that [Leonard] is cooked. I'm not saying that he's done. But I think his best days are behind him," JR said during the JR SportBrief show on Wednesday. "I don't think you can necessarily rely on Kawhi Leonard to be the centerpiece of your team. Except for the Clippers, they have no choice. They're likely going to be locked-in to this man for the next several years. It wouldn't surprise me if they tendered him a contract, because they're too far in right now.

Leonard, who suffered the right knee injury against the Utah Jazz in Game 4 of the West semifinals back in June, averaged a team-high 24.8 points with 6.5 rebounds and 5.2 assists in 52 regular season games.

The 30-year-old also averaged 30.4 points in 11 playoff games, and according to ESPN Stats & Info, Leonard became just the second player in NBA history to average 30 points and 60-percent shooting through his first six games of a postseason, joining Hall of Fame legend Kareem Abdul-Jabbar.

Leonard can become an unrestricted free agent this offseason if he declines his $36 million player option with the Clippers for the 2021-22 season. But if he opts in, he could sign a four-year, $181.5 million contract extension that would start in 2022-23.

JR's complete thoughts on Leonard and the Clippers can be accessed in the audio player above.