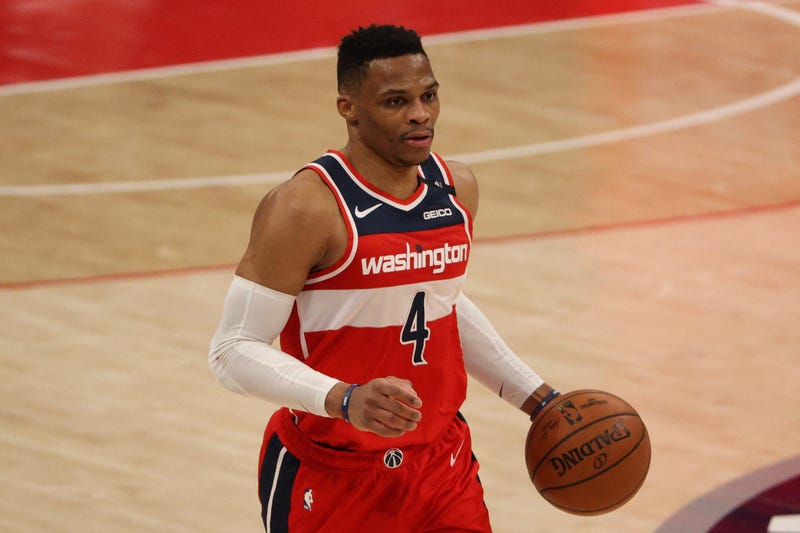 NBA Draft night wouldn't have been complete without a blockbuster trade.

On Thursday, the Los Angeles Lakers acquired superstar Russell Westbrook from the Washington Wizards in exchange for Kyle Kuzma, Montrezl Harrell, Kentavious Caldwell-Pope, and the No. 22 pick in the draft. Washington also sent the Lakers 2024 and 2028 second-round picks to complete the deal.

During Thursday's edition of the JR SportBrief show, JR discussed the Lakers' big splash, and whether Westbrook improves the team's title odds in 2021-22.

"I think they did get better. You don't add a talent like Russell Westbrook and get worse. It's just a matter of how the pieces continue to fit together for these Lakers," JR said. "Is it a perfect combination? No. What combination is? There were a lot of people who looked at the Brooklyn Nets and said there was no way that Harden, Irving, and Durant would be able to fit together and play optimally. Unfortunately, we didn't see that a good portion of the season, because at one point, someone was always hurt...

Westbrook, who averaged 22.2 points with a career-high 11.7 assists and 11.5 rebounds this past season, became the NBA's new triple-double king in May. With his 10th rebound in the fourth quarter against the Atlanta Hawks, the 32-year-old guard set the all-time record for triple-doubles, passing NBA legend Oscar Robertson's total of 181. It was a record that stood for 47 years.

According to ESPN Stats & Info, Westbrook recorded his fourth season with at least 700 assists and 700 rebounds, passing Robertson for the most in league history. He also finished the regular season as the league's leader in triple-doubles for the sixth time in his career, matching Robertson for the third-most such seasons in history.

JR's complete thoughts on the Lakers' trade for Westbrook can be accessed in the audio player above.