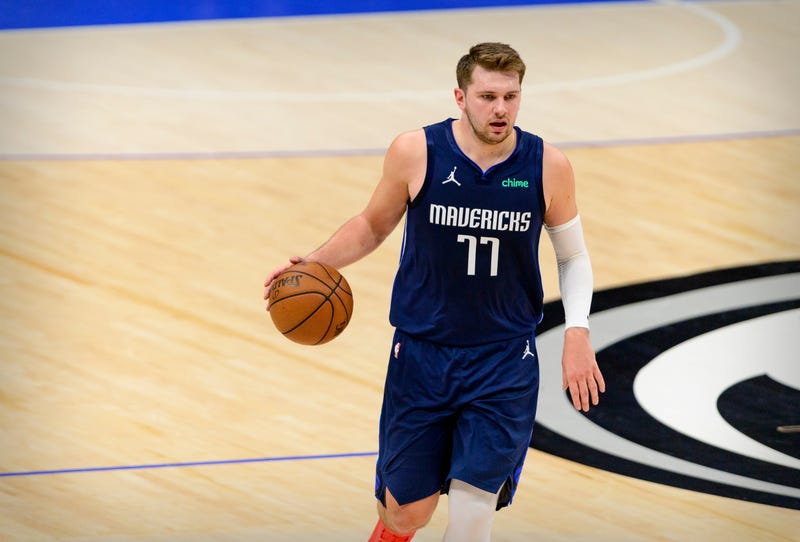 Luka Doncic has ascended to superstardom. At age 22 -- in his second career playoff series with the Dallas Mavericks -- he averaged 35.7 points per game with 10.3 assists and 7.9 rebounds. And according to StatMuse, he became the youngest player in NBA history to score 40-plus points in a Game 7.

But Doncic's stellar playoff performances came in a losing effort, as the Mavericks blew a 2-0 first-round series lead and ultimately fell to the fourth-seeded Los Angeles Clippers in seven games. So, does Dallas need to find Doncic a stronger supporting cast? Can the franchise reach championship goals with its roster as currently assembled?

During Monday's edition of the JR SportBrief show, JR discussed Doncic's prowess, and how the Mavericks should go about finding him a true co-star.

"Luka Doncic needs some help," JR said. "It's extremely obvious that Luka is one of the best players in the league. And if he stays healthy, if he gets even better... man, Luka's going to have an MVP award. Luka looks like the centerpiece of a championship team -- there are no ands, ifs, or buts about it. But Luka Doncic isn't going to get this done with this roster in front of him. The Dallas Mavericks need to figure how and who they can put around him to lighten the load. We do have some points guards that will be available. But are they going to be willing to go to Dallas, at this stage of his career, at this stage of his development?...

"The Dallas Mavericks are the Luka Doncic Show. Luka's going to have to give just a little bit if the team also grows a whole lot. Because they're not going to win anything if he's the center of attention. Luka Doncic needs help. If this man is healthy and he's on the Mavs -- with what [owner] Mark Cuban commits to a team -- I believe at some point in his career, Luka will win a championship. He's capable of winning one over the next several seasons. He needs offensive help, he needs consistent players.

"And I'm not talking about Luka Doncic needing a superteam. But I'm talking about Luka Doncic being able to at least do something -- which is extremely essential for any superstar -- and that's take a rest. The first thing that the Dallas Mavericks need to do, they need to get a secondary ball-handler and scorer... Luka Doncic is 22 years old. He has a bright future in front of him. And all he needs? Let's be real: better teammates."

Since winning the 2011 NBA Finals, Dallas has made the Western Conference playoffs six times, and failed to make it past the opening round once.

JR's complete thoughts on Doncic and the Mavericks can be accessed in the audio player above.