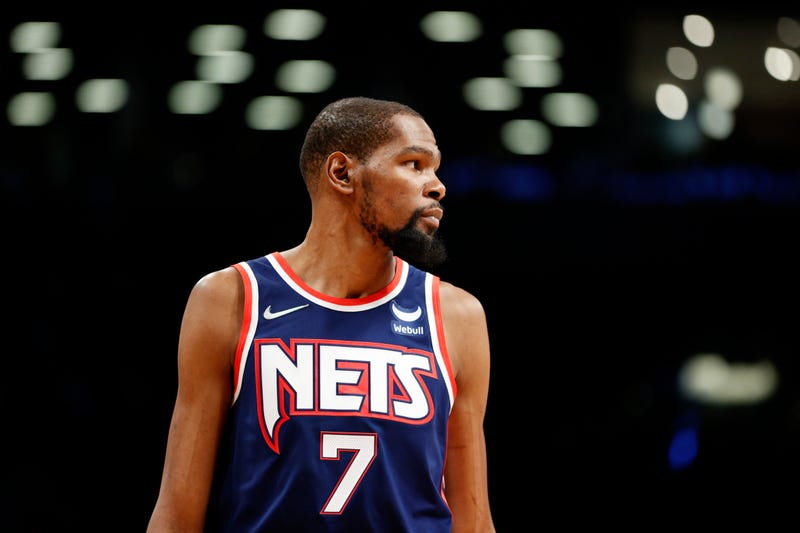 If misery loves company, so does chaos. In a move that could drastically alter the NBA's landscape for years to come, Brooklyn Nets superstar Kevin Durant reportedly requested a trade on Thursday, only days after his teammate, Kyrie Irving, elected to exercise his hefty $36 million player option for next season. Durant's bombshell request -- first reported by NBA insider Shams Charania -- also comes on the three-year anniversary of him joining the franchise.

Durant, 33, has a list of preferred destinations, which reportedly includes the Phoenix Suns and Miami Heat. Brooklyn isn't obligated to honor the veteran's wish list, however, and multiple reports indicate that the franchise intends to move him for the best possible package. Whichever team acquires Durant in the near future will have him through 2026 -- he signed a four-year extension worth $194 million last summer. The latest episode of the Nets' hit TV drama.

"We're going to have to wait and see where Durant goes. But in a time and era where players have the power to do what they want... I don't blame Durant for wanting to leave," JR said during the JR SportBrief show on Thursday. "And it's been a running theme -- not just in basketball operations or the actual players -- that the Nets, from top to bottom, are kind of funky... And I don't blame him for wanting out. Think about the disaster. He doesn't want to do a damn thing but play ball. I appreciate him. He doesn't give a damn what anybody thinks...

"This is the F-U version of Durant and I'm not mad at him. The Nets have been a disaster. C'mon now. I put Kyrie there in the middle. He's the timebomb and detonator here... I don't think this'll change Durant's legacy, though. Could he have had a different legacy? Yes, absolutely. But, you know what? He doesn't care. Otherwise he wouldn't have done it. He cares about himself, and playing basketball. Now he wants out... I can't blame Durant for leaving. I'm looking at his friend -- I'm looking at Irving and the Nets organization."

JR's complete thoughts on Durant's trade request and the Nets' future can be accessed in the audio player above.