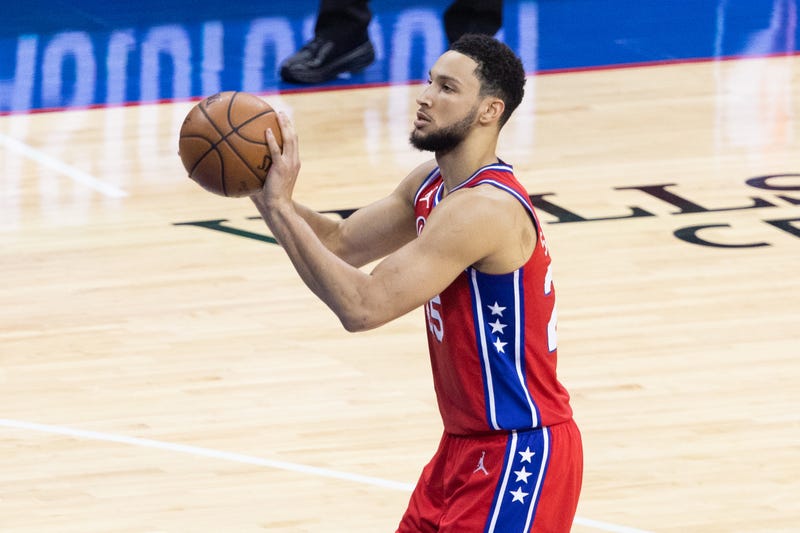 Ben Simmons' offseason standoff with the Philadelphia 76ers has intensified. According to ESPN insider Adrian Wojnarowski, the former first overall pick won't report for the opening of training camp next week, and intends to never play another game for the franchise.

This news doesn't come as a total surprise. In August, Simmons reportedly told the Sixers in a meeting that he wasn't going to attend training camp, signaling his desire to leave Philadelphia, and soon.

"Ben Simmons hasn't accomplished a damn thing. He's a supreme talent, who's been an All-Star, who refuses to max-out for who knows why," JR said during Tuesday's edition of the JR SportBrief show. "Ben Simmons is getting a lot of hate -- not because he's bad at his job, but because he doesn't try. And he won't look in the mirror. He just wants to bail.

"He's a quitter, unfortunately, like a lot of people. Ben Simmons quit a long time ago. I think Ben Simmons' situation is worse than James Harden's [from last season]. If I'm the Sixers, I'm squatting on the guy. 'Stay home, we don't have to pay you, sit over there'... Ben Simmons is a quitter."

Simmons, a three-time All-Star, scored a measly seven points on just four shot attempts in the Sixers' Game 7 loss to the Atlanta Hawks in the East semifinals back in June. The 25-year-old also finished the postseason a ghastly 25 for 73 (34.2-percent) from the free throw line, the worst rate in NBA playoff history, according to ESPN Stats & Info.

If those numbers aren't ugly enough, Simmons only took three total shots in 56 fourth-quarter minutes across seven games against Atlanta, and averaged a scant 9.8 points per game.

Simmons has four years and roughly $147 million remaining on his contract with the Sixers, per Spotrac.com. If the franchise is unable to trade him soon, they could suspend him for "failing to render services" once preseason action begins. This could cost Simmons $227,613 for each missed game.

JR's complete thoughts on Simmons and the Sixers can be accessed in the audio player above.