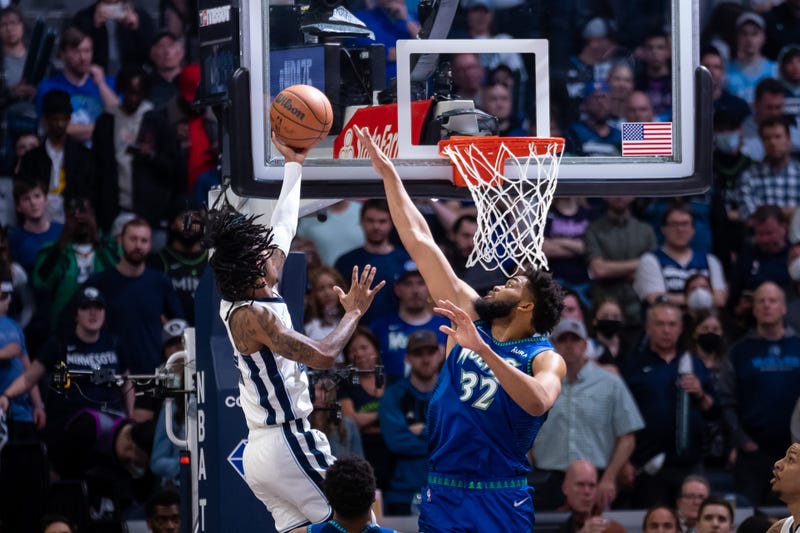 The underdog Minnesota Timberwolves haven't been competitive enough in recent years to make consistent NBA postseason appearances or make new history under the bright lights. But on Thursday night, in just their third home playoff game since 2004, they happened to enter the league's record books in unimaginable and lamentable fashion.

With a golden opportunity to take a 2-1 opening-round series lead against the second-seeded Memphis Grizzlies, the Timberwolves completely collapsed. At two separate times in Game 3, they somehow blew commanding leads of 20-plus points, and ultimately fell, 104-95. Memphis went on a stunning 23-0 run during the fourth quarter, and according to ESPN, the whopping 25-point differential is tied for the largest in the fourth quarter of a road playoff game. Timberwolves star Karl-Anthony Towns was also limited to only eight points.

"This was like a tale of two quarters. The Timberwolves scored 12 points in the fourth quarter, and scored 12 in the second quarter," JR said during Thursday's edition of the JR SportBrief show. "Fans are just shocked -- fans in Minnesota are just sitting around and trying to figure out how they blew a 26-point lead... The T-Wolves couldn't find the basket in the fourth quarter. Memphis went on a 37-12 run to finish up this game...

"I hate to say it again, and I don't know if this guy's injured because he's been playing like ass all playoffs long. Karl-Anthony Towns -- where the hell is he?... Towns never needs to speak or say a word again. Ever. Don't talk about being the best-shooting big man. Don't say anything. You can't come in the playoffs and have games where you're dropping eight points and playing games where you're non-existent... Towns is supposed to be the All-Star here..."

Minnesota, which clinched the West's seventh-seed with 46 wins, is set to play Game 4 on Saturday night (10 ET tipoff), at Target Center. According to FiveThirtyEight projections, the T-Wolves currently have a 19-percent chance to win the series, and just a 1-percent chance to reach the conference finals. Back in 2004, when they last appeared in the West finals, nearly every player on the current roster was in elementary school.

JR's complete thoughts on the Grizzlies-Timberwolves first-round series can be accessed in the audio player above.