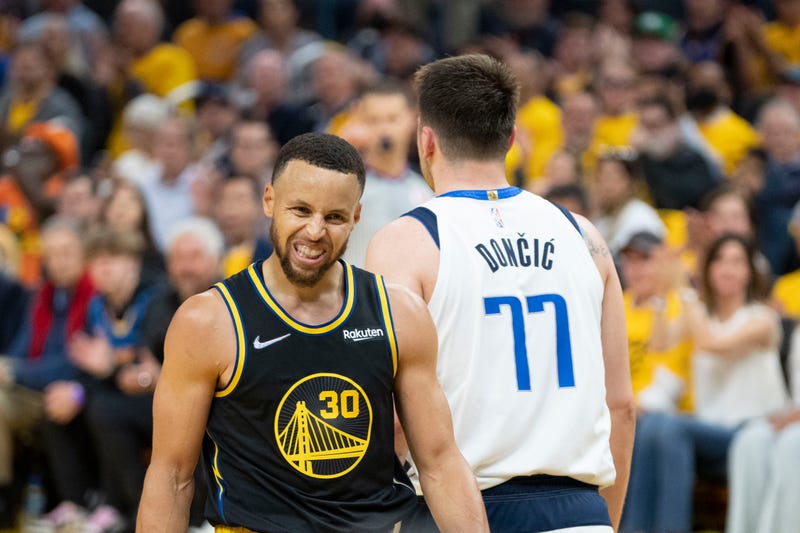 Any confidence that the underdog Dallas Mavericks gained in their semifinal series win over the top-seeded Phoenix Suns on Sunday was snatched with relative ease by the experienced Golden State Warriors only three days later. Behind a 21-point performance from superstar Stephen Curry and a second-half onslaught, Dallas dropped its Western Conference Finals opener, 112-87, on Wednesday night at Chase Center.

Golden State's entire starting lineup scored double-digit points, and a pair of bench players also contributed 29 points combined. Game 1 wasn't pleasant for Mavericks superstar Luka Doncic, as he scored a playoff-low 20 points in 35 minutes with a poor plus-minus of minus-30. The 23-year-old wunderkind also had more turnovers (7) than made field goals (6) for the first time in his playoff career. The Warriors' lead reached 30 points during the fourth quarter.

"We just saw an ass-whopping, no respect given by the Golden State Warriors in San Francisco," JR said during the JR SportBrief show on Wednesday. "And nearly everybody and their mother scored in double-figures... Doncic walked away with a scratch on his face, courtesy of Andrew Wiggins and his defense. Luka Doncic, not the best of nights... The Mavs beat the living hell out of the Suns, and tonight, they got their asses kicked.

"I think it's going to be a tough road for them to continue on, in the Western Conference Finals. The Warriors have too much offense, and the Mavs don't have enough. And they'd need four more Doncics... Am I expecting this kind of 112-87 beatdown for the rest of the series? The answer is no. But, this is a warmup for Golden State. Whether they take on Boston or Miami, a warmup."

JR's complete thoughts on the Western Conference Finals can be accessed in the audio player above.