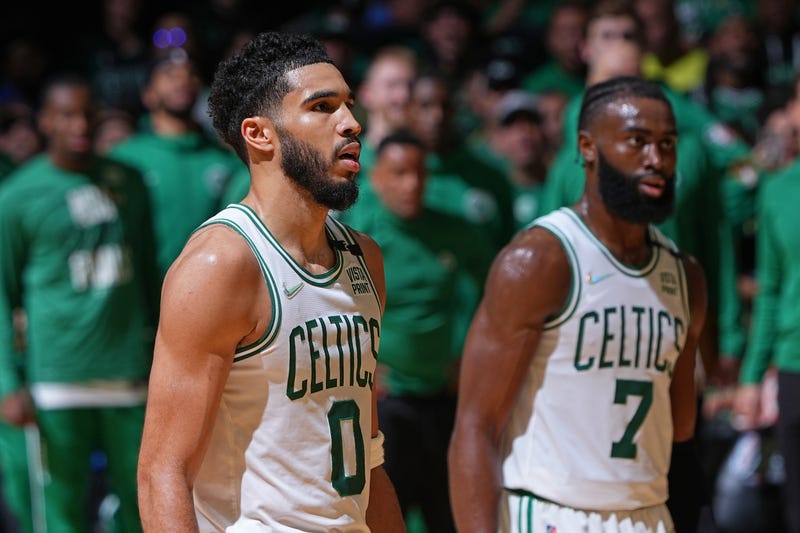 The agony of defeat in a championship series is compounded when it occurs on homecourt, and the unwelcome emotions belonged to the Boston Celtics on Thursday inside TD Garden. For the first time since 1985, the franchise was forced to watch its road opponent capture a title, as the Golden State Warriors restored their dynasty with a 103-90 victory in Game 6 of the NBA Finals.

Boston's relative inexperience under the NBA's brightest lights proved to be a moot point in Game 1, as they pulled off a historic fourth-quarter comeback to upset the Warriors at Chase Center. But as the series continued, carelessness on offense and self-inflicted wounds hindered the Celtics' young core. And to make matters even worse, Jayson Tatum scored only 13 points in Game 6, and finished with the postseason with an NBA-record 100 turnovers.

"The good news for Brad Stevens and the Boston Celtics is that most of their heavy-lifting is done, at this point. You now have your stars under contract for a while," former team executive and current Audacy insider Ryan McDonough told the Reiter Than You show on Friday. "They're young, talented. And they'll continue to get better -- Jayson Tatum, Jaylen Brown. And, to a lesser extent, Marcus Smart. They made a brilliant extension with Robert Williams...

"Now their challenge becomes financial. This is common when you're at this level. You have to spend to win a championship, and the Celtics did spend... How can they upgrade their bench. That was the thing that stood out to me, probably as much as anything. When they needed them the most, especially last night, they combined for five points... The bench guys didn't show up in the biggest moments... That was a big part of the difference in this series."

The entire conversation between McDonough and Reiter can be accessed in the audio player above.