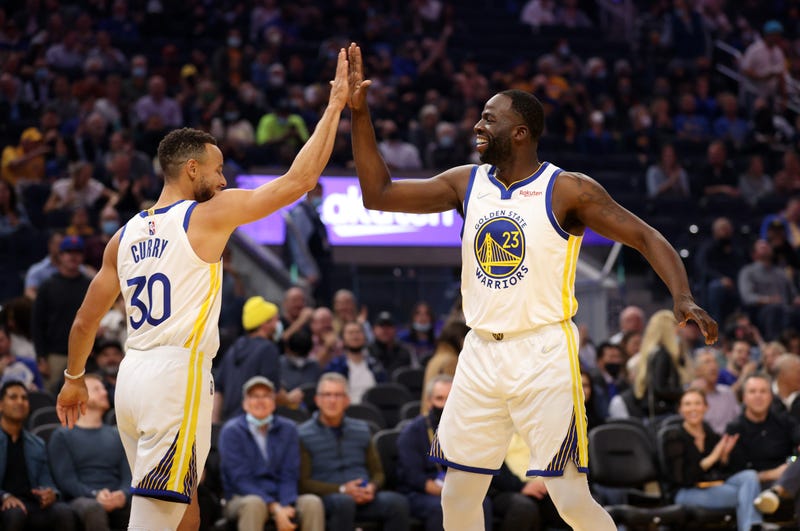 Of course, there's some truth to Curry's comments. But the Warriors are back at the contenders' table, and NBA.com writer Mark Medina believes that their starpower, depth, and cohesion shouldn't be ignored by other teams in the Western Conference playoff picture.

"Philosophically, what you're seeing from the Warriors is what you're going to get," Medina told the Reiter Than You show on Wednesday. "They're playing at an elite defensive level. Curry, he'll have offensive brilliance. Even if there's games where he's not hitting shots, you know he's going to have a breakout performance sooner than later. And there's just a lot of continuity, where you have a lot of familiar players and a lot of young players who are dependable.

"I think that they're already exceeding expectations, because I thought before Klay Thompson would come back, they'd be a team hovering around the .500 mark, and good for a sixth, seventh, eighth playoff spot. And then when Klay comes back, they could move into that upper echelon. But here, the Warriors are cementing themselves to get on a pathway back to the conference finals, maybe even the NBA Finals..."

In the Warriors' 127-113 win over the Atlanta Hawks on Monday, Curry recorded 50 points with 10 assists for the very first time in his career, overtaking legend Wilt Chamberlain as the oldest player in league history to accomplish the feat. Through 10 games, the 33-year-old is averaging a team-high 27.6 points and 33.6 minutes.

Curry isn't working alone, either. Golden State has three other players who are averaging more than 11 points per game, and their bench currently ranks third in the NBA in average points (40.6). In addition, the team is scoring a league-best 115.2 points per game and allowing 101.5 points, which also happens to rank third in the NBA.

Golden State will continue its eight-game homestand on Wednesday with a matchup against the Minnesota Timberwolves. According to FiveThirtyEight, the Warriors currently have a 68-percent chance to reach the West playoffs.

The entire NBA conversation between Medina and Reiter can be accessed in the audio player above.