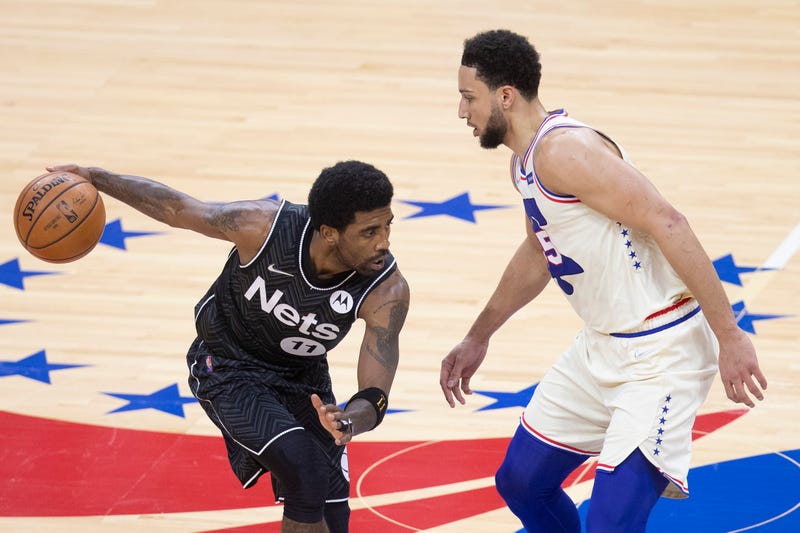 The top-seeded Philadelphia 76ers completed their gentleman's sweep of the Washington Wizards on Wednesday night, while a festive, filled-to-capacity Wells Fargo Center crowd chanted in unison, "We want Brooklyn."

But fans can't have the Brooklyn Nets just yet. The Sixers will need another four wins to set up that potential East Final matchup, as they're scheduled to face the fifth-seeded Atlanta Hawks in the semifinal round.

And even if Philadelphia does meet Brooklyn down the road, would they actually be the series favorite? Keith Pompey, who covers the Sixers for the Philadelphia Inquirer, isn't convinced.

"I'd have to say Brooklyn will win the series, if they get there," Pompey told After Hours with Amy Lawrence on Thursday. "If Joel Embiid comes back, I think the Sixers will get [to the East Final]. I expect Joel Embiid to come back. Here's the problem with the Sixers and Brooklyn. So, as good as Ben Simmons is as a defender -- some people say he's going to be the Defensive Player of the Year -- you also have Matisse Thybulle, who's a great defender, my thing is, neither one of them is a great offensive player. So, you're going to lose something on the offensive end if you have both of them out there at the same time...

"Everybody talks about their Big Three [of Kevin Durant, Kyrie Irving, and James Harden], but I look at it as a Big Four because no one's accounting for Joe Harris, and he's going to kill you. So, if they go up against the Sixers in the Eastern Conference Finals, I just don't know if the Sixers will have the offensive power to match them. Now, am I saying that the Sixers are going to lose, or that they don't have a chance? They do.

The Sixers won Game 5 against Washington without star center Joel Embiid, who's considered day-to-day with a small tear in his right meniscus. Although the team believes Embiid avoided a season-ending injury, the MVP finalist's timetable for a return is currently unclear.

Game 1 of the Sixers' best-of-seven series with the Hawks will take place in Philadelphia. The series' dates and tipoff times have yet to be announced.

The entire conversation between Pompey and Lawrence can be accessed in the audio player above.