The 2004-05 Phoenix Suns implemented a high-scoring, fast-paced offense that revitalized the franchise and revolutionized the modern game. But their loss to the eventual champion San Antonio Spurs in the West finals prompted a roster overhaul, and former Suns guard Quentin Richardson blames the breakup on management.

"The Spurs were tough. We felt like if we had gotten past them, no one else could beat us," Richardson told The DA Show on Monday. "Obviously, they beat us and went on to win the championship. But that was our one stumbling block that year, the Spurs. [Head coach Greg] Popovich, Tim Duncan, Manu [Ginobili] and Tony Parker... You've got to ask the management [why the team broke up]. That was not a player-made decision.

"When I got traded, it was a surprise. I remember Steve Nash was at a wedding or something, but he called me like, 'What the hell is going on?' And I'm like, 'I don't know.' And then right after that, Joe Johnson went on and signed with Atlanta [in a sign-and trade]. We only got one year of that original Suns team, that run-and gun team. So, we all felt disappointed that we didn't have multiple times to try and go back at it and compete for [a title] together." 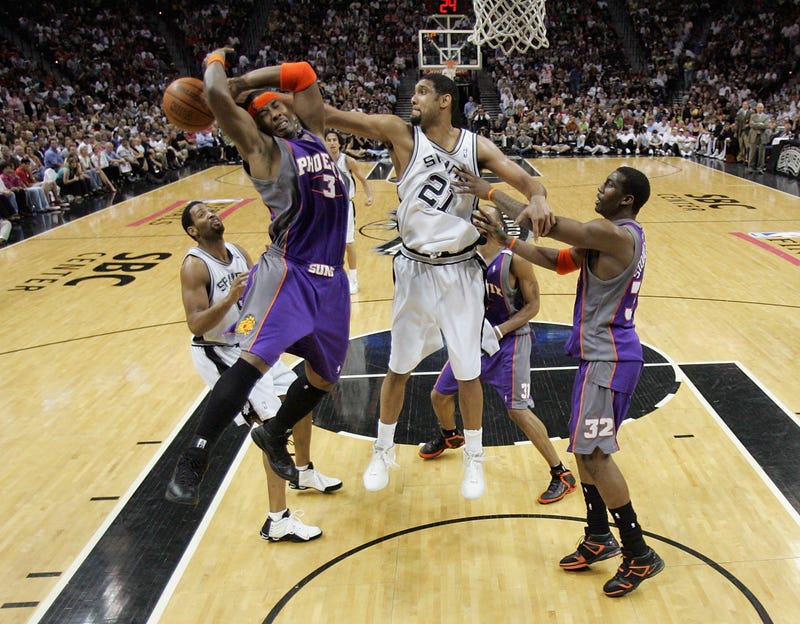 Richardson, who averaged 14.9 points with 6.1 rebounds for Phoenix that season, played alongside three All-Stars in Steve Nash, Shawn Marion, and Amar'e Stoudemire. The Suns finished atop the Western Conference with an NBA-best 62 wins, and led the league in points per game (110.4), field goals made (40.9), three-point percentage (.393), and offensive rating (114.5).

As for this season's Suns, they're two wins away from winning the NBA Finals. And according to FiveThirtyEight.com's projections, Phoenix currently has a 74-percent chance of hoisting its first Larry O'Brien trophy.

The entire NBA conversation between Richardson and DA can be accessed in the audio player above.