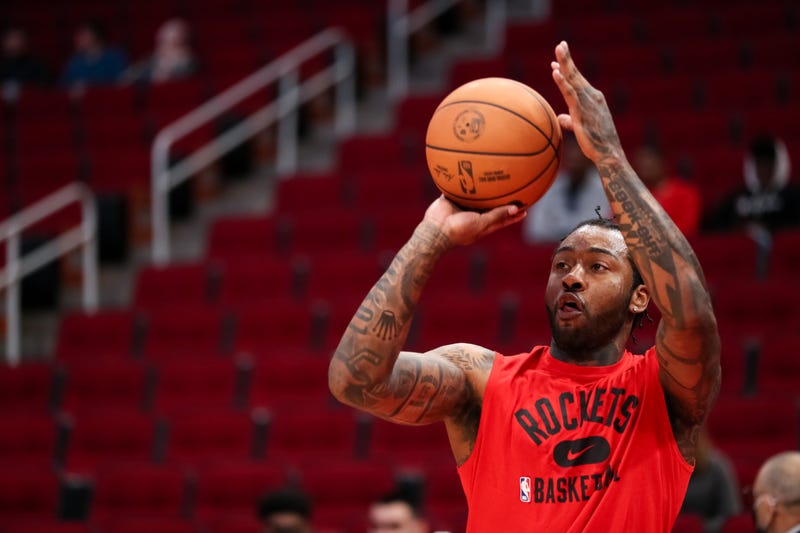 The title-starved Los Angeles Clippers, hellbent on hoisting the Larry O'Brien trophy with a veteran superstar backcourt of Kawhi Leonard and Paul George, have long played second fiddle to the city rival Lakers. But, with both players entering the 2022-23 season with clean bills of health, the team's once again viewed as a legitimate Western Conference contender. And, this time around, the Clippers will have another playmaker accompanying Leonard and George.

According to multiple reports, veteran guard John Wall has reached a buyout with the retooling Houston Rockets and intends to sign with the Clippers as a free agent. Wall, who was owed $47 million from Houston after exercising the player option for the final year of his contract, agreed to take $6.5 million less to leave the team. The 31-year-old last appeared on the floor during the 2020- 21 campaign, and in 40 total games, he averaged 20.6 points with 6.9 assists. The Clippers, besieged by injuries this past season, finished 42-40 overall.

"An added bonus to an already potent team that was hindered by injuries last season. Wall was always eyeing the Clippers," NBA insider Brandon Robinson told The Zach Gelb Show on Tuesday. "He doesn't have to do a ton. And he's a scorer that they needed. He's a guy who can play-make, and that's going to be an asset to coach Ty Lue, as well as Leonard and George. I know everyone talks about the Warriors' brilliance -- don't get me wrong, they're the champs.

"But, as much as people look at the Lakers and how much they need to show improvement, quietly, the Clippers do too. They put this big two together, and haven't gotten it done. And I really do believe that Wall is an added bonus that can pay dividends for them, coming into the playoffs. He's a guy who can still get 15-25 points a game and can dish the ball. And he plays with a high motor. I don't think it's crazy to think [Los Angeles could reach the Finals]. I think it'd be a great redemption story, to see the Clippers do something special."

The entire NBA conversation between Robinson and Gelb can be accessed in the audio player above.