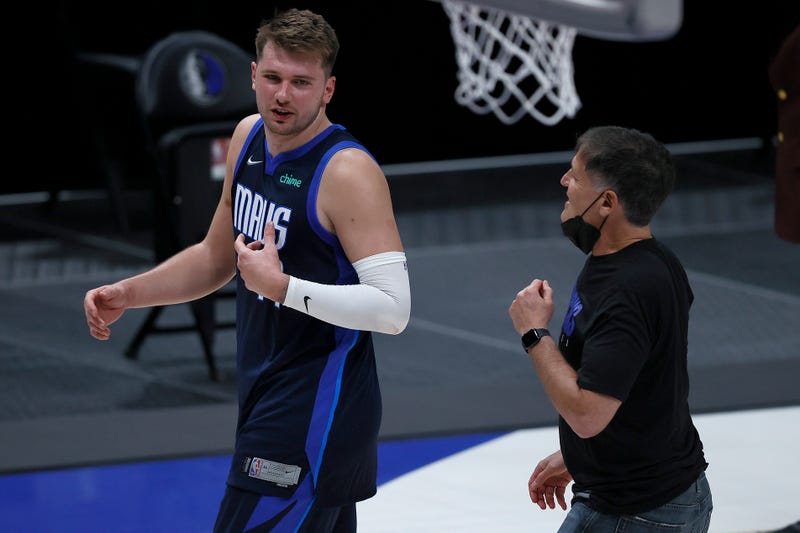 When the NBA announced on Tuesday that Dallas Mavericks star Luka Doncic was named to the All-NBA First Team for a second consecutive season, the 22-year-old became eligible for a "supermax" contract extension, projected to be worth more than $200 million across five years.

But Doncic might not want a long-term future in Dallas. According to a recent report from The Athletic's Sam Amick and Tim Cato, members of the Mavs' front office are concerned that Doncic's strained relationship with executive-advisor Haralabos Voulgaris, who was hired back in 2018, could deter him from a lengthy career with the franchise.

Amick joined the Reiter Than You show on Wednesday to discuss his in-depth reporting on Doncic and the Mavericks, and whether the apparent rift should be viewed as serious.

"To be clear, all signs continue to point to him signing his supermax extension this summer. So we are not, by any means, saying that the future of Luka in Dallas is in peril anytime soon," Amick said. "But when a guy is that great, you need to analyze the environment around him. And so, with that in mind, I do think that we shed some new light on a dynamic that is going to be tricky for them going forward.

"Because Luka has gotten frustrated, at everything from the way that [Voulgaris] would kind of emote during games -- with his laptop on his lap, sitting courtside -- and setting rotations for coach Rick Carlisle, or at least having a significant influence on the way the actual game actions went, and the transactions. All of the above. So, kind of a character that most mainstream fans weren't even aware of."

According to multiple reports, the Mavericks and longtime general manager Donnie Nelson have mutually agreed to part ways after 24 seasons. The team also announced the news on Wednesday.

In the Mavericks' first-round playoff loss to the Los Angeles Clippers, Doncic averaged 35.7 points per game with 10.3 assists and 7.9 rebounds. He also became the youngest player in league history to score 40-plus points in a Game 7, per StatMuse.

Since winning the 2011 NBA Finals, Dallas has made the Western Conference playoffs six times, and failed to make it past the opening round once.

The entire conversation between Amick and Reiter can be accessed in the audio player above.