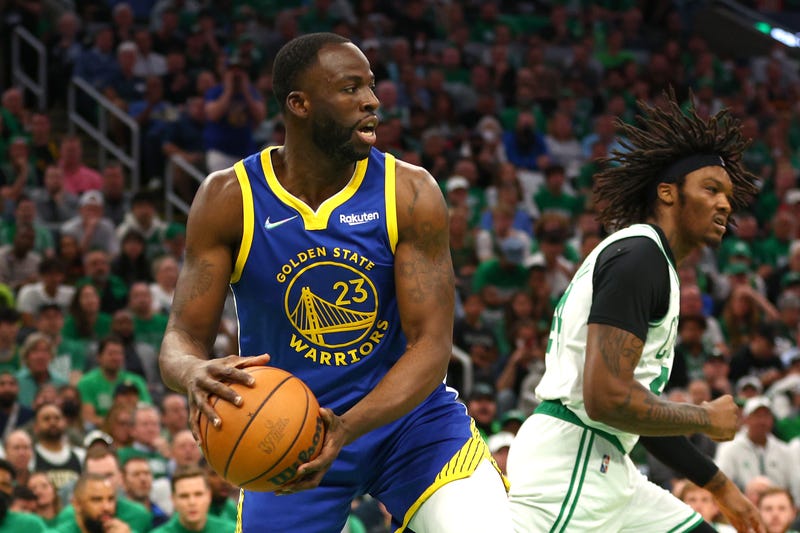 Golden State Warriors veteran Draymond Green has long embraced his role as one of the NBA's most physical instigators, and by capturing his fourth league title last week, he proved once again that villains can often emerge victorious. As if Boston Celtics fans needed another reason to loathe Green, the 32-year-old trolled the fanbase throughout the weekend, mocking Celtics tweets and altering a promotional shirt that featured a blank 18th championship banner.

Boston's hatred for Green intensified during Game 2 of the NBA Finals. Late in the first half, he ignited an altercation with Jaylen Brown after fouling him on a three-point shot attempt. If the referees had ruled the scuffle a technical foul, it would've been Green's second, resulting in automatic ejection. Green didn't contribute much on offense in the series, but he delivered as a facilitator and enforcer. The only question is, would his style of play translate to older eras?

"I love Draymond, so I don't want to get too much into it. But I think he'd still be talking the same trash [10-15 years ago]. I think you'd probably have more guys talk back," former NBA player Metta Sandiford-Artest told The DA Show on Tuesday. "And I think you'd have more guys getting back into it -- this is a different era, also. Draymond's an effective center at 6-foot-6, versus having a Jamaal Magloire at 6-foot-11 and 270-pounds.

"Every night, you had somebody like that. So, there probably would've been more confrontation. I'm sure Draymond would've welcomed it. But, probably would've been more confrontation... It was really physical [when I debuted]. My first year, it was really, really physical. I'm not going to say it softened-up, some of the rules changed. My first few years, the rules were changing. You had to take your hand off people. I think I might've been a part of that, too."

The entire conversation between Sandiford-Artest and DA can be accessed in the audio player above.