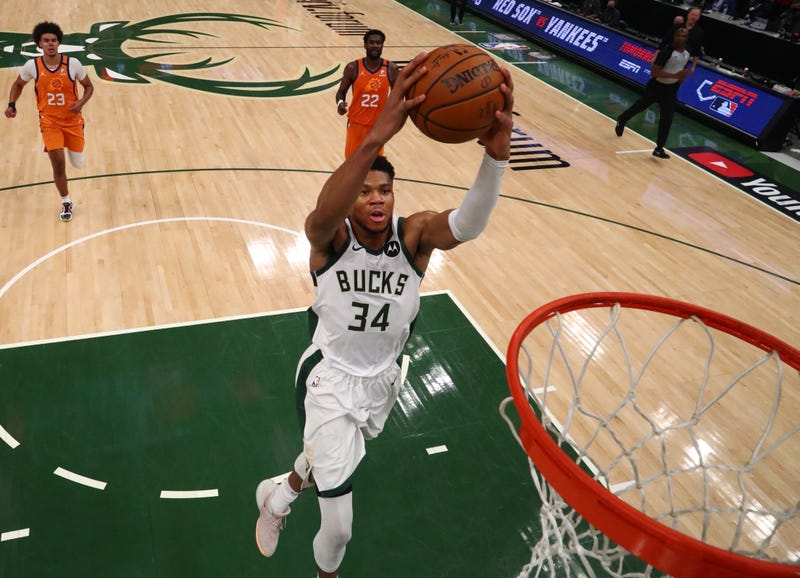 Do you know what NBA legends Wilt Chamberlain, Kareem Abdul-Jabbar, Moses Malone, Larry Bird, Magic Johnson, Michael Jordan, Tim Duncan, and LeBron James all have in common? They're the eight players in league history who've won multiple regular season MVP awards and a Finals MVP. Last year, ESPN came out with a Top 74 player rankings list to commemorate the 74-year anniversary of the NBA. Of those eight aforementioned players, only Malone ranked outside of the top 10, at 18 overall. If the Milwaukee Bucks win Game 6 of the Finals against the Phoenix Suns on Tuesday and become champions, star forward Giannis Antetokounmpo will most likely become the ninth player in history to join the prestigious MVP club.

If you think this eight-player club is exclusive, wait until you get a hold of this: if the Bucks are victorious, Antetokounmpo will, in all likelihood, join Michael Jordan as the only players in history to have won multiple regular season MVP awards, a Finals MVP award, and a Defensive Player Of The Year award. Jordan was without question the best player of his generation. The same can be said for James, in his respective generation. You know what can also be said? Antetokounmpo was much better than James in the Finals when they reached the biggest stage for the first time. It took James three different Finals series to actually play like an all-time great under the brightest of lights. It's taken Antetokounmpo just one. His greatness has been on full display throughout the 2021 Finals.

In James' first Finals, back in 2007, he averaged 22 points on 35-percent shooting across four losses, and also recorded seven rebounds per game with seven assists. Compare this to what Antetokounmpo's doing in his first Finals -- 32 points per game on 61-percent shooting, along with 13 rebounds and six assists -- and these performances aren’t in the same stratosphere. Antetokounmpo has already won more Finals games than LeBron won in his first two Finals series. In fairness, during his first time around, James was younger, and didn’t have as much support as Antetokounmpo. 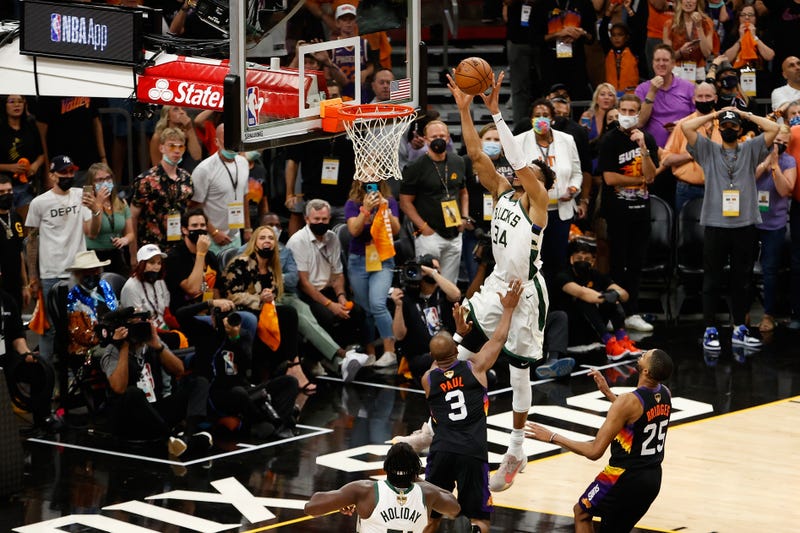 Taking the Cleveland Cavaliers to the Finals was quite an accomplishment for James, considering their overall lack of talent. However, his support system was better than fans might realize. Zydrunas Ilgauskas was a two-time All-Star. Larry Hughes was an All-NBA First Team defense selection just two years prior. Antetokounmpo's best teammate is Kris Middleton who, like Ilgauskas, has made two All-Star teams. Antetokounmpo has better teammates than what James had in 2007, but James' teammates weren’t exactly chopped liver.

Where Antetokounmpo truly separates himself is how James fared in his second Finals, when he was 26 years old -- the same age Antetokounmpo is now. When James first made the Finals with the Miami Heat back in 2011, their second-best player was Dwyane Wade. Wade was a Finals MVP at age 24, and still very much in his prime. In both the two previous seasons, Wade was an All-NBA First Team selection. The Bucks second-best player is Middleton, who's never made an All-NBA team. James' third-best player was Chris Bosh, a six-time All-Star when Miami reached that Finals. Jrue Holiday is the Bucks' third-best player, and he's made just one All-Star team. During the 2011 Finals -- the Heat lost in six -- James posted 18 points per game on 47-percent shooting with seven assists and seven boards. Antetokounmpo blows him out of the water yet again, and with a significantly less talented supporting cast.

It might sound ridiculous to say that Antetokounmpo will challenge James to become the greatest player of this generation, but when you look at what each player accomplished in the Finals by age 26, it’s fair to say that Antetokounmpo has already distanced himself. However, we don’t finish writing the narrative on players at age 26. Even with a win on Tuesday, Antetokounmpo will certainly have a ways to go to proclaim himself the best player of his generation. But it isn’t out of the realm of possibility. Anytime you join an exclusive club with Jordan -- plus your best basketball is still ahead of you -- a superlative adjective like "greatest" isn't far-fetched. With a win on Tuesday, Antetokounmpo's narrative will slowly start to build.

David Shepard is a former ESPN researcher, a former Division I college basketball practice player, and the host of The Good Shepard YouTube channel. Follow him on Twitter @TheGoodShepard_.