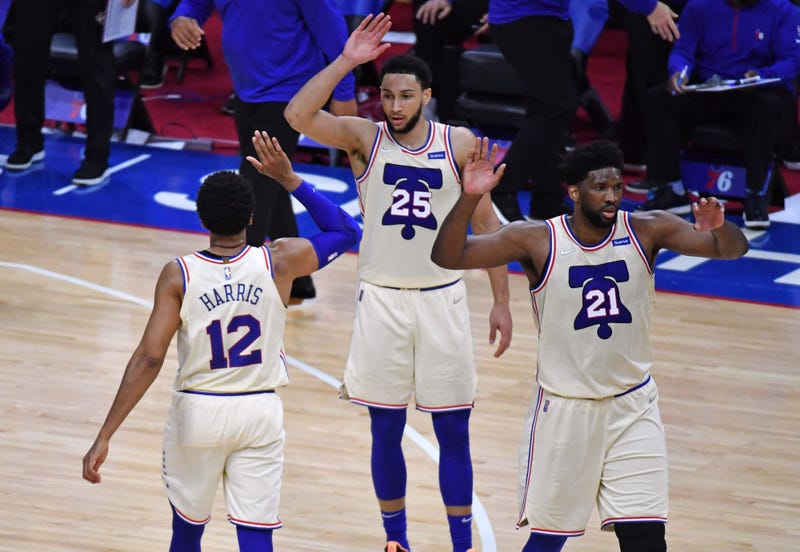 It's been 20 years since the Philadelphia 76ers last represented the Eastern Conference in the NBA Finals, and nearly four decades since the franchise last hoisted the Larry O'Brien trophy.

But there's a strong possibility that the Sixers' title drought could end this summer. And considering that the team currently sits atop the East standings, they should be recognized as legitimate championship favorites, according to former NBA player and current SiriusXM NBA Radio host Eddie Johnson.

"I think the Sixers are the team to beat in the East. I think for the first time, they're playing like they're supposed to," Johnson told The Zach Gelb Show on Wednesday. "Who's their star? It's Joel Embiid. Give him the ball. They've done it all year. They play off of him, and he's had an MVP-type season. And then Ben Simmons, they've allowed Ben to be Ben. They're not criticizing him for what he can't do, they're lifting him up for what he can do. And Tobias Harris has had one of his better all-around seasons. Defensively, they're right there, they're very good. The additions of Seth Curry and Danny Green have been huge, to spread the court for those guys.

"So, yeah, I'm into Philly. I think Milwaukee has a great chance [to win the East]. I'm not sold on Brooklyn. I just don't think you can keep messing around with the game all year like they have -- and a lot of that is not their fault -- and think that you can go win 16 games. They have the talent to do it, without a doubt. Without a doubt they do. But I haven't seen this before. So, why would I buy into it? I've never seen a team not play their key players all year, and all of the sudden get together once the playoffs start and win it all. I've never seen it, so why would I believe it now? So, that's my thought on them. But, ultimately, I think it's going to be either Philadelphia or Milwaukee."

The Brooklyn Nets, which currently occupy the No. 2 seed and trail the Sixers by one-and-a-half games with two remaining, own the second-best title odds in the East (15-percent), followed by the Milwaukee Bucks in third (5-percent) and the Miami Heat in fourth (2-percent).

Philadelphia can clinch the top spot in the East with a win over Miami on Thursday night at AmericanAirlines Arena.

The entire NBA conversation between Johnson and Gelb can be accessed in the audio player above.