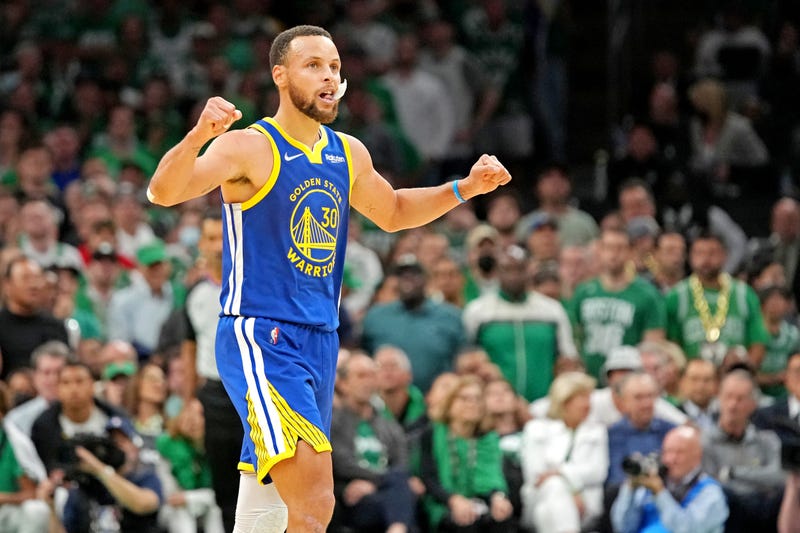 Stephen Curry wasn't in need of validation, but his place among basketball's all-time legends is now secure without debate. Behind a team-high 34 points from the veteran sharpshooter, the revamped Golden State Warriors captured their fourth league title since 2015 on Thursday, defeating the Boston Celtics, 103-90, in Game 6 of the NBA Finals at TD Garden. A dynasty rejuvenated.

Curry most likely needs a larger trophy case. Three weeks after receiving the league's inaugural West Finals MVP award, he was named Finals MVP for the first time in his illustrious career. Curry's legacy has been cemented. The 34-year-old guard is now a four-time champion, two-time MVP, two-time scoring champion, and the most prolific three-point shooter in history. Curry belongs to an exclusive club, and he's climbed the ranks of legends.

"The last time we talked, I believe it was right after the Sweet Sixteen games. And at the time, Curry was in a walking boot," Bay Area reporter Charlie Walter told After Hours with Amy Lawrence on Friday. "You said he was at the games and fist-bumping all the Duke guys, and you asked if he was going to be back for the playoffs. That was a thing, not that long ago... It seems like the Denver series was months ago.

"But think about it. We didn't even know if he was going to play in that Denver series, a few weeks prior. He had a foot injury. And not only did he come back from it and play adequately, he's Finals MVP... Even when Curry's not scoring the rock -- which he was doing every game except for Game 5 in the series -- he just sucks defenders to him... Even when he's not making shots, he's just a valuable guy on the offensive end."

The entire NBA conversation between Walter and Lawrence be accessed in the audio player above.