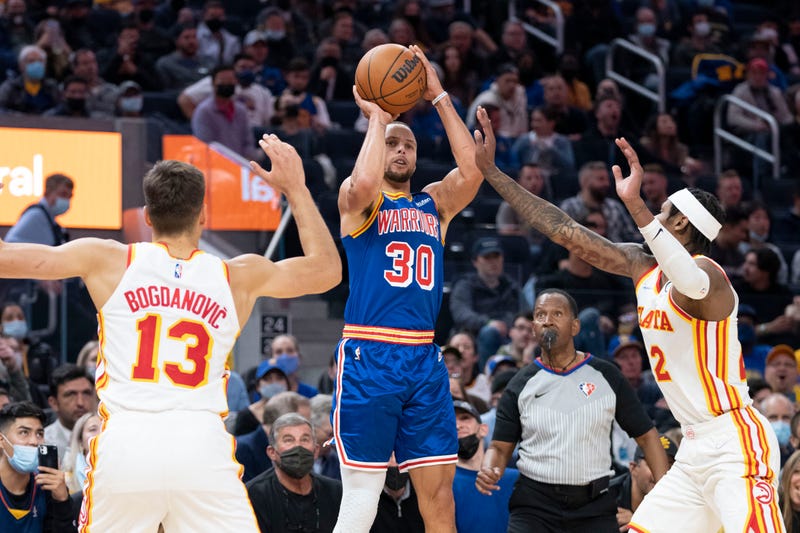 The regular season is only three weeks old, but the Golden State Warriors are once again resembling their old, championship-caliber self. And it's probably time for the rest of the league to take notice.

In the team's 127-113 win over the Atlanta Hawks on Monday at Chase Center, superstar guard Stephen Curry recorded 50 points with 10 assists for the very first time in his career, overtaking legend Wilt Chamberlain as the oldest player in NBA history to do so. Through 10 games, the Warriors are a league-best 9-1.

"I said that the Warriors were going to be one of the most dangerous teams, as far as chemistry," former NBA player Baron Davis told The DA Show on Tuesday. "Their wings, ability to score, and you've still got Klay Thompson hurt? I just like their chemistry. They have the best chemistry, teamsmanship, and enthusiasm around the game. And a lot of times, that spirit and energy make you play better than everybody. And then you've got Steph Curry..."

Curry, who finished third in MVP voting last season, hasn't needed to put on one-man shows this fall. The 33-year-old is averaging 27.6 points per game, down from 32.0 a season ago, because he's receiving ample contributions from teammates. Thus far, the Warriors have four players averaging 11-plus points per game, and their bench ranks third in the NBA in average points.

Golden State will continue its eight-game homestand on Wednesday with a matchup against the Minnesota Timberwolves. According to FiveThirtyEight, the Warriors currently have a 68-percent chance to reach the West playoffs.

The entire NBA conversation between Davis and DA can be accessed in the audio player above.