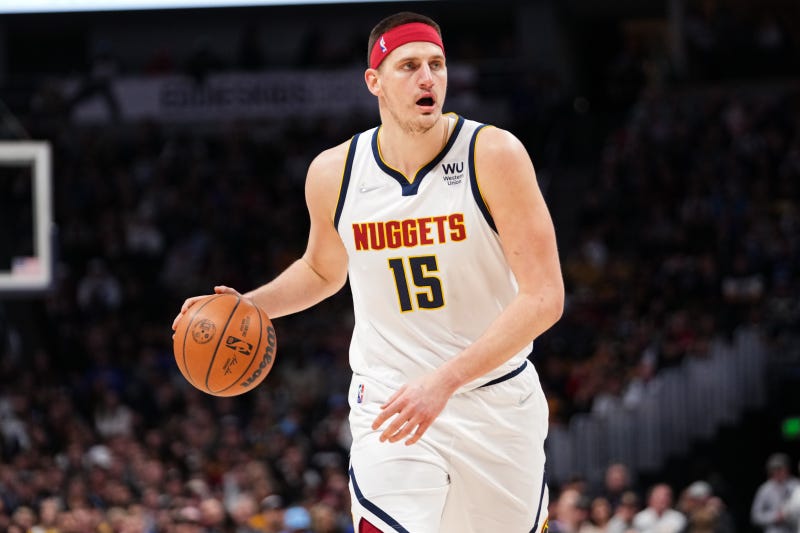 Nikola Jokic wasn't able to experience a deep Western Conference playoff run with the Denver Nuggets this spring -- his team was immediately knocked out of title contention during the first round by the vaunted Golden State Warriors. But the 27-year-old superstar produced one of the greatest seasons in league history, and it appears that he'll soon be adding yet another piece of hardware to his trophy case.

According to ESPN's insider Adrian Wojnarowski, Jokic has been awarded the league's MVP award for a second consecutive season. Although the NBA has yet to make a formal announcement, he's the 13th player in NBA history to win multiple MVP awards, and the second straight winner to go back-to-back after Giannis Antetokounmpo did so, in 2019 and 2020. Jokic also became the very first player to record at least 2,000 points, 1,000 rebounds, and 500 assists in a single NBA season. By all measures, Jokic's campaign was unicorn-esque.

"A fantastic MVP race. And I'm hoping [voting results are] really close because it deserves to be close," USA Today NBA writer Jeff Zillgitt told Reiter Than You on Monday. "I do push back on the narrative that this is nerds with calculators making decisions. If you didn't watch Nikola Jokic for 82 games -- or however many he ended up playing this year -- and see that he's a tremendous player worthy of the MVP, you have some biases you're not willing to acknowledge.

"However anyone else voted, whatever order you have those three guys in, I have no complaint about it. I went Jokic, Embiid, and Giannis. And I'm going to stick with that.... I know Embiid and the 76ers are probably going to have some complaints about how the voting went down. And I understand being upset because you have a narrow window to the win the MVP, by and large."

In 74 regular season games, Jokic averaged a team-high 27.1 points with 13.8 rebounds and 7.9 assists. Based on FiveThirtyEight metrics, his season WAR was 23.9, and only two other players eclipsed the 14.0 mark. Jokic was also forced to carry the Nuggets with little help. Star guard Jamal Murray missed the entire season while recovering from an ACL injury, and Michael Porter Jr. was limited to only nine games due to a back injury.

The second-place finisher for MVP will be either Philadelphia 76ers superstar Joel Embiid or Antetokounmpo. In 68 games this season, Embiid averaged an NBA-high 30.6 points with 11.7 rebounds and 4.2 assists. And of those games, the 28-year-old center scored 30-plus points in 40 of them. The Sixers are still in the title hunt, set to play Game 5 of their Eastern Conference semifinal bout with the Miami Heat on Tuesday night in South Beach.

The entire NBA conversation between Zillgitt and Reiter can be accessed in the audio player above.