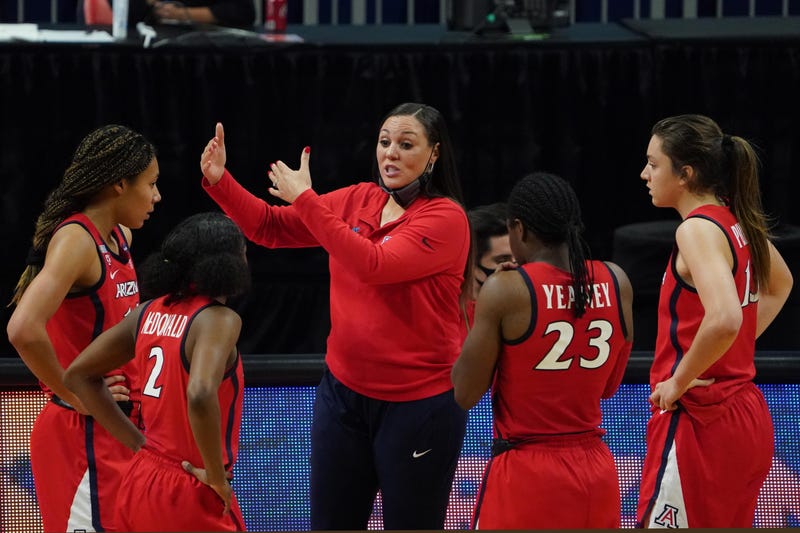 The Arizona Wildcats' first-ever trip to the women's Final Four ended in heartbreaking fashion back in April, as senior guard Aari McDonald missed a heavily contested game-winning shot at the buzzer against top-seeded Stanford in the national title game.

But the team's history-making tournament run will be long remembered by Arizona head coach Adia Barnes. The unique and taxing pandemic season mattered.

"When I think about this team, I think of resiliency," Barnes told After Hours with Amy Lawrence on Tuesday. "This was a brutal year. It was a hard year for everybody, but it was a really hard year for college athletes. Being online for school, not being able to hang out with friends, being in a bubble in the tournament. When I look at this team and all the sisterhood we had, the love and respect we had for each other, taking COVID seriously -- nobody on our team ever caught it -- I think of fighters, people who just wanted to be great...

"I think [the season] was worth it on so many levels because these kids had something. I think it was so devastating for the kids when the tournament got cancelled [in 2020]. It's like a grieving process for them, because it's all they know. And so, when you take that away, I think a lot of mental health issues. So, I think allowing them to play and still have some kind of normalcy was a really good thing. I don't regret anything. I love the fact that we did it..."

Barnes, who played for Arizona during the mid-1990s and spent seven years in the WNBA, took over as Wildcats coach in 2016. She was the program's all-time leading scorer when she returned to her alma mater, and Arizona hadn't been to the NCAA Tournament since 2005.

Barnes is the first Arizona women's basketball coach to have three 20-win seasons in her first five seasons.

The entire conversation between Barnes and Lawrence can be accessed in the audio player above.