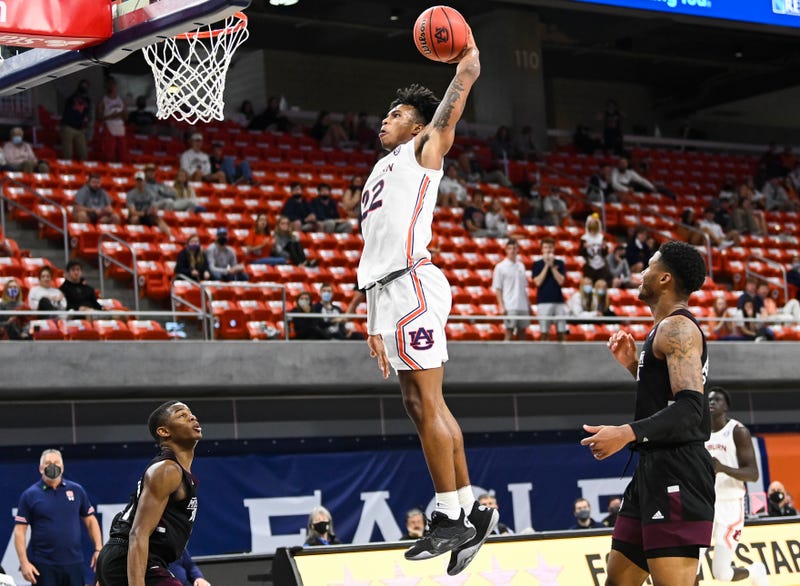 Auburn junior guard Allen Flanigan was a projected second-round pick before he announced his decision to return to school and no longer pursue the 2021 NBA Draft back in April.

But by playing another season with the Tigers, the 20-year-old will only improve his prospect ranking and draft status. And it's also worth mentioning that Flanigan is now among the first college athletes to profit off their name, image, and likeness.

"I took a step back [from the NBA Draft] just to be able to capitalize on some dreams and goals that I have for myself," Flanigan told the JR SportBrief show on Tuesday. "Like, becoming the SEC Player of the Year, being able to win the SEC conference, and make a tournament run... Hydra-Guard is a sports performance drink, but it's also a drink that older people can drink...

"I chose [a product] that's health-conscious because I want to get to the next level and play with the best, against the best. In order to play with the best and play against the best, you've got to put the right things in your body... Nothing feels different [among teammates]. You have things that go on off the court, but as long as we're on the court, it's all the same."

Flanigan, who's currently projected as the 17th overall pick in next year's draft, averaged 14.3 points, 5.5 rebounds, and 2.7 assists in 27 games for Auburn last season. The 6-foot-6, 215-pounder was also one of just three SEC players to average 14 points, five boards, and 2.5 assists per game, and his 24 steals were a team-high.

The entire conversation between Flanigan and JR can be accessed in the audio player above.