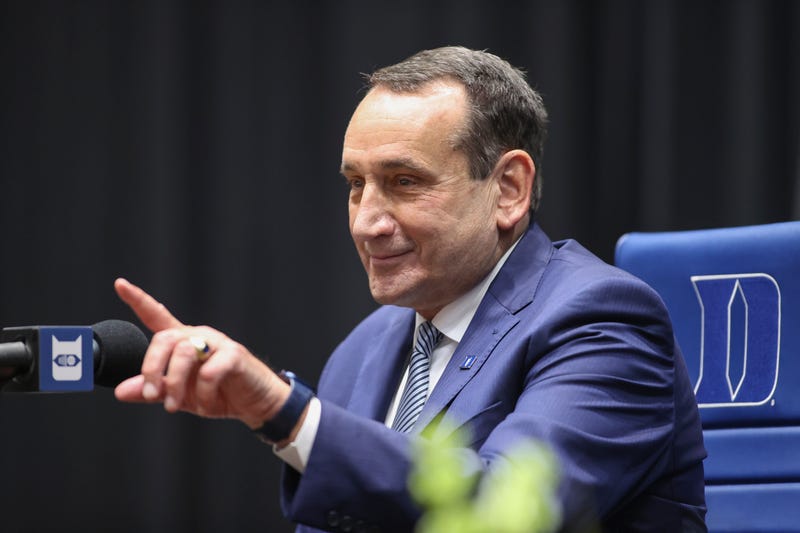 The winningest coach in men's college basketball history will soon be walking away from the game.

Mike Krzyzewski, the architect of Duke's powerhouse program, is retiring after the 2021-22 season, the university announced in a statement on Wednesday. Blue Devils associate head coach Jon Scheyer, who played for Krzyzewski from 2006 to 2010, has been named Krzyzewski's successor.

Stadium insider Jeff Goodman broke the news of Krzyzewski's retirement, and he joined the Reiter Than You show on Thursday to discuss whether the program will be able to sustain its decades-long dominance in the ACC.

"I think it's going to be awfully difficult," Goodman said. "They built it to now where you put Duke and North Carolina kind of synonymously. But that's Coach K who built it. Dean [Smith], Roy Williams, multiple people have done it at North Carolina, at Kentucky, at Kansas, even at UCLA. This is it -- it's all Coach K. It's like Syracuse with [Jim] Boeheim. That's it. Those names are always going to be synonymous with that program. So, I think it's going to be very difficult. But, as I told [ESPN's Scott] Van Pelt last night, my daughter -- who's just finishing her junior year of high school -- I think if you put her in charge of Duke, she'd still be able to get into the NCAA Tournament...

"[Scheyer] is going to have a brutally difficult task, and he knows that. I mean, he's not stupid -- everybody knows that. The crazy part is, the timing of all this. Jon Scheyer wasn't even in the equation a year or two ago to take over. Go down the list... I'm going through it and trying to tell you, within the family, there's not a lot of guys who stood out...

Krzyzewski, a Naismith Memorial Basketball Hall of Famer, has won 1,097 total games and five national championships at Duke across 41 seasons. He's also a three-time College Coach of the Year, who's won 15 ACC tournament titles and taken the Blue Devils to the Final Four a dozen times.

The entire conversation between Goodman and Reiter can be accessed in the audio player above.