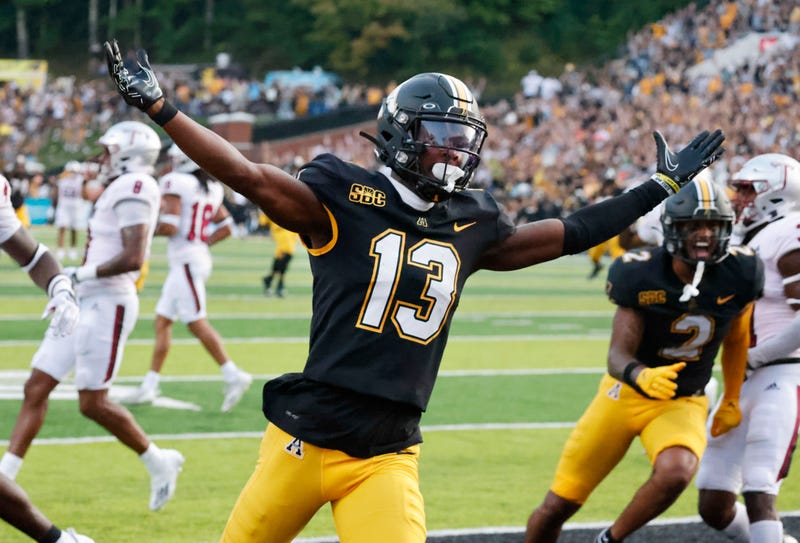 So far this season, there may not be a more fun story in college football than Appalachian State. The Mountaineers opened their season with a thrilling and wild comeback that fell short against North Carolina, and the following week, they stunned No. 6 Texas A&M in College Station. The upset victory brought ESPN's "College Gameday" show to Boone, North Carolina, this past Saturday, and the pressure was on head coach Shawn Clark.

"My thought was, don't screw this up, and we almost did," Clark told The DA Show on Monday. "It was a relief when the game was over… our players play for 60 minutes, and they gave us a chance to win the football game. When that game was over, it was time to go to bed... I need some sleep. I'm glad Gameday is gone, but it was an unbelievable week for our program."

Clark's team capped off "Gameday" week with a 53-yard Hail Mary touchdown pass from quarterback Chase Brice to receiver Christian Horn, as Appalachian State beat Troy, 32-28. With an upset victory over the sixth-ranked team in the nation on Sept. 10, the Mountaineers convinced ESPN to bring its top college football show to campus. And the conclusion to Saturday's game was magic.

"It's been crazy -- you can't put a price tag on the advertising we got for the university and our program," Clark said. "Our community has been awesome this week. And from Wednesday on, you couldn't get to a stoplight without it taking you 25-30 minutes."

The Mountaineers (2-1) will continue their wild 2022 campaign at home next Saturday, Sept. 24, against James Madison (2-0). The entire college football conversation between Clark and The DA Show can be accessed in the audio player above.