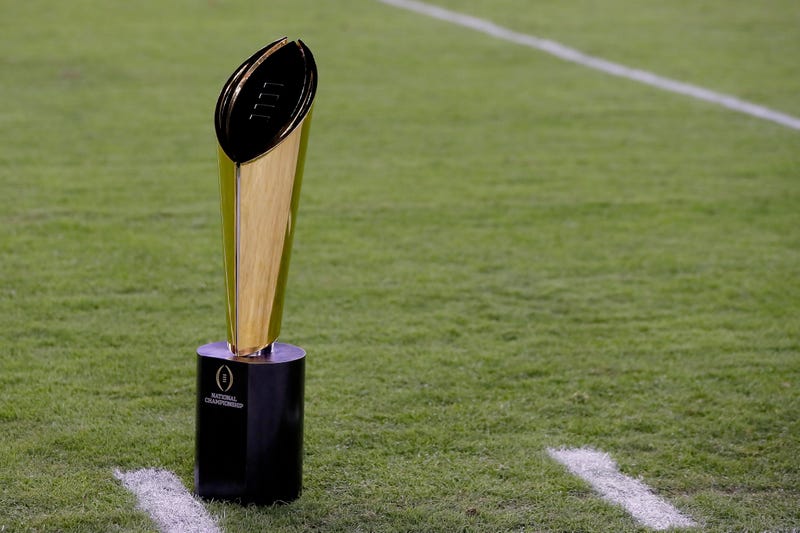 Discussions about potential expansion to the College Football Playoff format have been tabled until Dec. 1. And at that time, their management committee will have a month to decide whether the bracket should include eight teams or 12 teams, or simply remain at four.

If the CFP committee can't unanimously agree on a new format by January, the current four-team system will remain in place until their contract expires, following the 2025 season. This is a result of scheduling and logistics.

"Everything looked to be kind of on path to get rubber-stamped until Texas and Oklahoma announced they were going to the SEC. And now everybody's kind of up in arms," CBS Sports writer Jerry Palm told After Hours with Amy Lawrence on Tuesday. "And not just about that, but now taking a better look at the playoff structure and how that realignment impact the playoff structure.

The fourth set of rankings will be released by the CFP selection committee on Tuesday, and as things currently stand, the playoff includes Georgia, Alabama, Oregon, and Ohio State. But it's only a matter of hours until this top-four dies, as the Ducks suffered an upset loss to Pac-12 rival Utah on Saturday. No two-loss team has ever reached the Playoff.

For reference, the latest AP top-25 poll features undefeated Georgia at No. 1, followed by Ohio State, Alabama, and Cincinnati. The Bearcats made college football history three weeks ago, becoming the first Group of Five team to be ranked fifth or higher during the CFP era. If Cincinnati wins out and claims the American Athletic Conference title, they have a 90-percent chance to reach the coveted CFP, according to ESPN's new Playoff Predictor.

The entire college football conversation between Palm and Lawrence can be accessed in the audio player above.