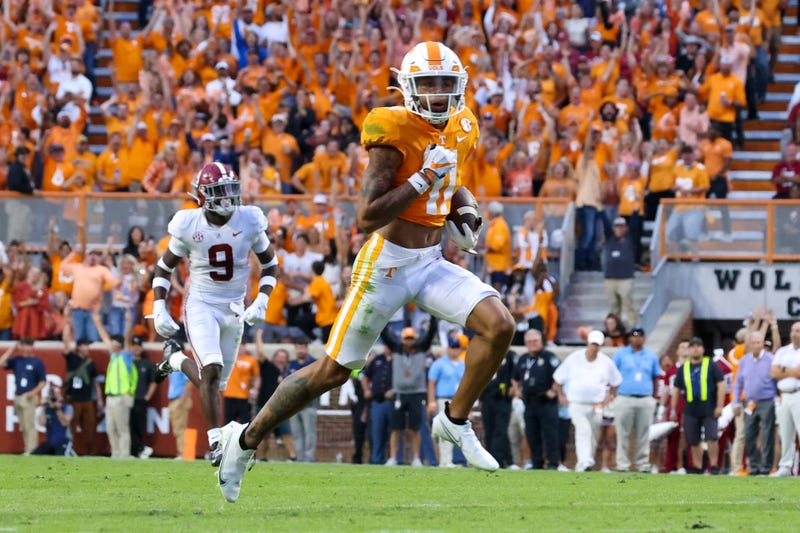 The power of college football across the nation is undeniable. We've become a football-obsessed fan population. And although we tolerate and sometimes celebrate other sports, we don't smother them like football. We simply don't.

And it's not just the NFL. The Saturday night college game on ABC was 52nd. The most watched non-football sports telecast was the NBA's Saturday night game on ABC, at 76th -- just ahead of "That's My Jam." And football isn't only winning, it's winning in a blowout.

College football has ridden the NFL's massive wave of popularity by delivering big brands, primetime television windows, and the league's future stars. While the college game used to be a regional sport, it's become far more nationally relevant today. If there's a common critique, however, it's that college football is dominated by a precious few programs. The unpredictable parity of the NFL is nowhere to be found in college. We know the power brokers on campuses before the season begins, and the coveted CFB party is only for the rich kids.

This context makes the 2022 season as interesting as any in recent memory. Alabama looks vulnerable, after losing to Tennessee and struggling with both Texas and Texas A&M. Clemson has been pushed by Wake Forest and Florida State. Ohio State finally has an equal in the Big Ten conference, with archrival Michigan. And Georgia, the defending national champion, only became part of the bejeweled elite 10 months ago. So, let's see how the Bulldogs handle success down the stretch. The usual suspects have question marks.

The third-ranked Volunteers had a program-changing weekend by outlasting the Crimson Tide on Rocky Top. And the SEC, which has been dominated by Alabama, LSU, Auburn, Georgia, and Florida to varying degrees in the last 15 years, now has a party-crasher in its midst. Also consider No. 7 Ole Miss, as one of the traditionally uninvited, having itself a moment. Rebels coach Lane Kiffin has an offense that's hard to slow down, and they have a chance at the SEC title game if it can trip up Alabama the same way Tennessee did.

The Big 12 and Pac-12 have had fistfuls of mud thrown in their faces over the last decade. Aside from Oklahoma, no Big 12 program has been considered a power in the College Football Playoff era. But the Sooners have major issues, so the door has been opened for TCU, Baylor, Oklahoma State, and the teams from (gasp) Kansas to bust through. Meanwhile, out on the West Coast, UCLA remains undefeated, while Utah, Oregon, and USC have had extremely strong starts to their campaigns.

Last season, one Group of Five team broke down the door of the elites, when AAC school Cincinnati dropped by the College Football Playoff, signaling what hopes to be a trend. Add that to an expanded CFB that'll arrive in two to three years, and college football's access to a coveted national championship has opened wider than ever before.

We're a football nation, and as the NFL whistles its way to eye-popping wealth (the Commanders would sell for a whopping $6 billion today), college football bump-drafts right behind. The only hindrance was a smaller guest list, but this season is hopefully proof that's changing, too.

We strive to be a platform where varying opinions may be voiced and heard. The views, thoughts, and opinions expressed by the author(s) of this article and/or by those providing comments are theirs alone, and do not represent those of Audacy, Inc. We are not responsible for any damages or losses arising from this article and/or any comment(s).
Featured Image Photo Credit: Randy Sartin-USA TODAY Sports