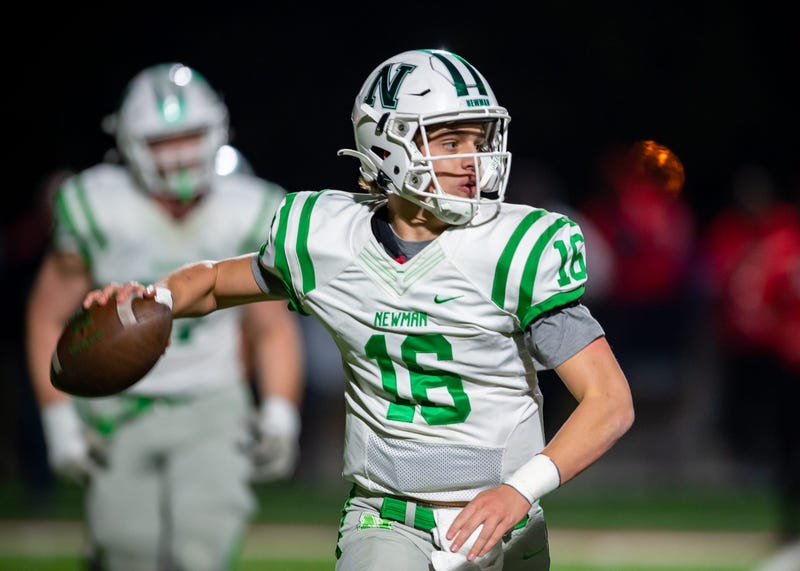 The top-ranked recruit in the nation and the most famous high school football player in years has committed to the Texas Longhorns. His name, of course, is Arch Manning. So let's count down the top-five ways his somewhat-surprising decision affects all entities around him.

No. 5: The Big 12's relevance -- The conference suffered a potential death blow when Texas and Oklahoma chose to depart for the SEC. Many, including myself, declared the Big 12 on life support. The import of Cincinnati, Houston, UCF and BYU was a strong move to stabilize the league and immediately build football depth. But, the Big 12's national relevance has waned considerably in recent years -- only Oklahoma has emerged as a perennial CFP contender. So enter Manning, who creates interest as soon as he's taking snaps. Texas' final Big 12 campaigns will likely be 2023 and 2024. And those would be Manning's first two years on campus. He just may be the bridge the Big 12 needs to help them springboard into a world without Texas and Oklahoma.

No. 4: Peyton Manning's SEC title -- So, between Arch's famous uncles, there's only one league championship. Back in 1997, Manning and Tennessee captured the SEC crown with a thrilling comeback win over Auburn. For all of Manning's greatness in Knoxville, Florida consistently had his number. While Peyton's brother Eli had an impeccable career at Ole Miss, the Rebels were never at a level to compete for the SEC. Ole Miss' ceiling was Independence Bowls and Cotton Bowls. Arch will have a chance to earn an SEC title of his own in 2025, assuming he's still with the program. But will he get one or two shots to equal his oldest uncle's accomplishment?

No. 3: Texas A&M -- In between sparring with Alabama coach Nick Saban, Jimbo Fisher needs to do some winning. The man with the monster contract has yet to even win double-digit games in College Station. His best campaign was ravaged by COVID-19 in 2020, in which the Aggies went 9-1 and finished No. 4 in the AP Top-25 poll. Fisher didn't reach the playoff that year, and A&M didn't fork over the cash to finish second in the SEC West. If Arch brings elite success to Austin, and the Longhorns make a CFP or play in the conference championship, the heat lamp will turn up on Fisher. It's more difficult to win the SEC than the Big 12, but Texas' elevation will immediately begin to make Aggies boosters anxious.

No. 2: The SEC television deal -- Eighteen months ago, ESPN/ABC went big after the conference, signing a 10-year, $3 billion deal. For $300 million per year, the network wants the powerhouse programs and marquee games. The addition of Texas and Oklahoma to an already-glamorous league certainly helps sweeten the contract. And if Arch is still with the Longhorns in this era of transfer portal Twister, he'd hypothetically be under center for Texas' first game in the SEC, in 2025. Considering that the Horns have been a middling and mediocre underachiever for quite some time, the possibility of the most recognizable player in college football leading Texas back to prominence in tilts against Alabama, Georgia, and perhaps A&M, would be must-see TV.

No. 1: Steve Sarkesian's job security -- No one benefits more from Arch's commitment than Sarkisian. His 5-7 opening season in Austin was humiliating, and complete with a dreadful home loss to Kansas. If Sarkisian knits together another five or six-win campaign in 2022, the skepticism would be intense. Forget winning a conference title -- Sarkisian has still never led his team to a league championship game. But, the power brokers at Texas can't fire him, no matter how bad this season goes, because Arch is now tied to him. You can't afford to lose the most highly-touted prospect in years if he's loyal to his head coach. This campaign is a gimme for Sarkisian now, and the real pressure will ratchet up in 2023, when Manning is on campus. But there now will always be more reasons to keep Sarkisian than fire him -- if Arch remains loyal.