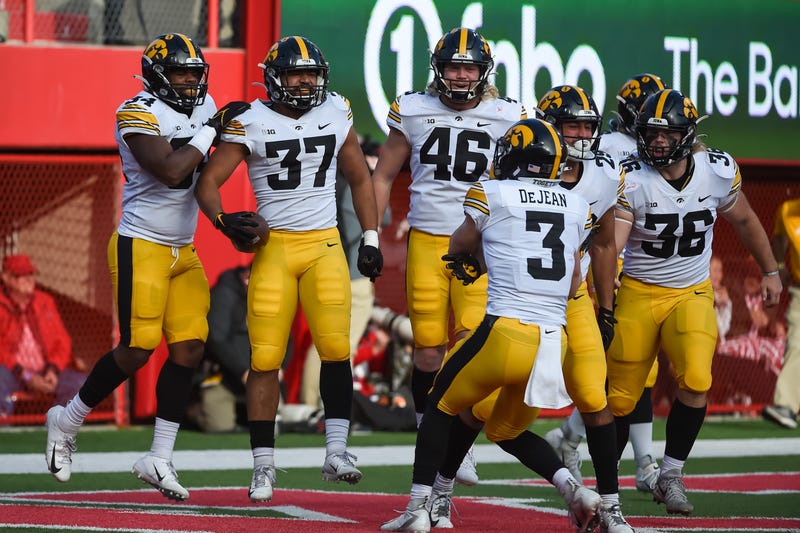 For the first time in program history, second-ranked Michigan will play in the Big Ten championship game on Saturday in Indianapolis, one win away from punching a coveted ticket to the College Football Playoff.

And although the conference crown is the Wolverines' to lose -- they're listed as an 11-point favorite entering this weekend -- it wouldn't be wise of them to underestimate their opponent in No. 13 Iowa, according to CBS Sports writer Dennis Dodd. They're no slouch.

"I would dare say that, right now, Iowa is probably the least talked about subject in college football," Dodd told the Tiki and Tierney show on Friday. "Nobody gives them a chance. They're not sexy, they're boring to watch. Those are proven facts. But I'm not going to take anything away from them. Being 10-2, having this team that hangs around. They're a sum of their parts...

"Very resourceful, not a very productive offense. But I do think they're worthy. And if Michigan's head is still in the snow in Ann Arbor from last week, I give them a puncher's chance. I think they'll be under the number and they'll hang around a while. I just think Michigan has more talent, But Iowa, I'll just put it this way: resourceful."

Iowa, which was ranked as high as No. 2 in the nation this season, clinched a spot in the Big Ten title game with a Week 13 win over unranked Nebraska and No. 14 Wisconsin's upset loss to unranked Minnesota. Through 12 games, the Hawkeyes' defense has been their source of strength, as the unit has allowed only 17.3 points on average (9th best) and forced 27 total turnovers (3rd best).

Michigan's defense happens to stack up well against Iowa's -- they're giving up 17 points per game, too. But when comparing offenses, the Wolverines are superior. In last week's 42-27 win over archrival Ohio State, Hassan Haskins rushed for 169 yards with five touchdowns, becoming the first player to score that many times against the Buckeyes in a game. Overall, Michigan's offense is averaging 37.3 points, which ranks 13th in the country.

The Wolverines and Hawkeyes are scheduled to kick off at 8:00 p.m. ET on Saturday at Lucas Oil Stadium. According to FiveThirtyEight's projections, if Michigan claims the Big Ten title, they'll have a 21-percent chance to win the national championship.

The entire college football conversation with Dodd can be accessed in the audio player above.