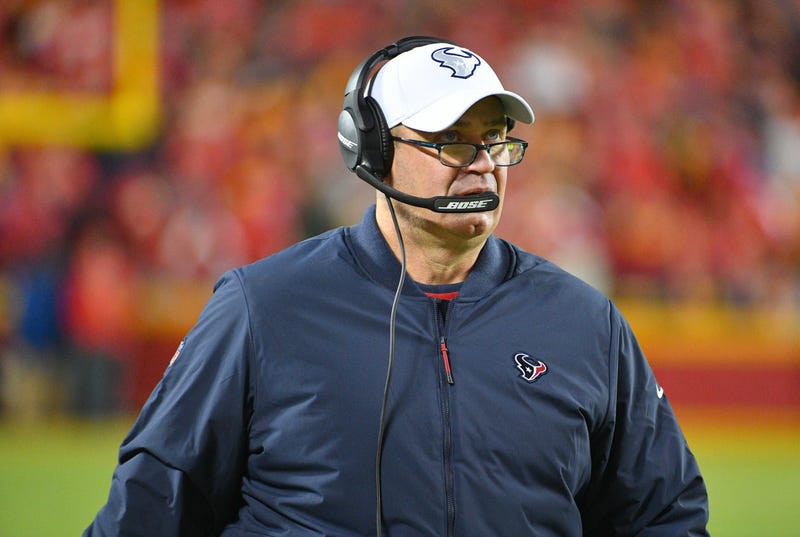 The USC Trojans are once again searching for a head coach who will elevate the program into a national powerhouse. Their old image in college football has faded, their reputation has been damaged.

"The name that interests me that I haven't seen thrown out quite as much -- and he's probably going to be on the consideration list, but certainly not at the top -- is Bill O'Brien," Jones told The Zach Gelb Show on Friday night. "He's sort of tainted his reputation slightly, because of his moves as a GM [with Houston]. But as a football coach, Bill O'Brien can coach his tail off...

"He's at a place where, he's not going to be asked to leave a job that he might consider a better job. And he's a heck of coach who's done it before at a big-time program. He's the type of personality that would likely create alignment. So, I think for a lot of reasons, Bill O'Brien makes sense..."

O'Brien, who's in his first season with Alabama, spent six-plus seasons with the Texans. He went 52-48 as a head coach, and led the organization to five winning campaigns and four AFC South division titles. But O'Brien's football acumen didn't translate to the front office. When the Texans appointed him general manager in Jan. 2020, the franchise spiraled out of control, as he traded away star players and valuable draft capital. He was fired last October.

On Sept. 13, Bohn announced the firing of Clay Helton, who served as USC's head coach for six seasons. Helton's tenure was disappointing. Although he led the program to a Rose Bowl win in 2017, he was unable to take advantage of the Pac-12's downturn. Overall, the Trojans won just one conference title under Helton's watch, and they failed to reached the College Football Playoff.

USC, unranked in the latest AP top-25 poll, will host Oregon State on Saturday night at the Coliseum. According to the William Hill Sportsbook, the Trojans currently have the third-best odds (+650) to win the Pac-12 title.

The entire college football conversation between Jones and Gelb can be accessed in the audio player above.