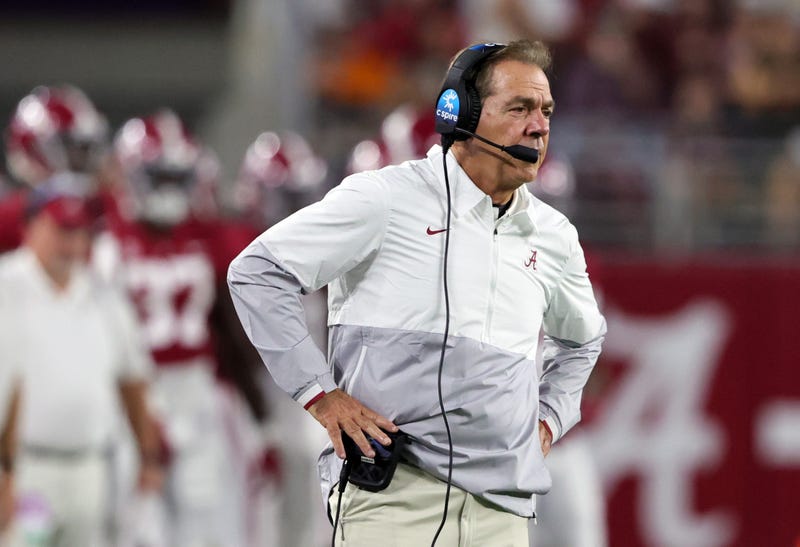 The 2022 college football season doesn't officially start until late August, but legendary Alabama coach Nick Saban has already captivated fans across the country. During an event on Wednesday, Saban accused SEC rival Texas A&M of buying every player in its 2022 recruiting class, and complained about the game's implementation of NIL deals with athletes. Saban publicly apologized for his comments on Thursday.

Before Saban issued his apology, Aggies head coach Jimbo Fisher defended his team's recruiting practices during an impromptu press conference, calling Saban a "narcissist" and his comments "despicable." According to 247 Sports, Texas A&M signed an FBS-high eight five-star 2022 recruits, and each player is currently listed as a top-25 player in the class. Want more drama? Alabama and Texas A&M are scheduled to play each other on Oct. 8 in Tuscaloosa.

"Nick Saban makes approximately $10 million, and makes more money as an individual than the entire budget of Jackson State. Saban wants to sit around and whine and complain?" JR said during the JR SportBrief show on Thursday. "Nick Saban wants to complain about what's going on with A&M and complain about someone who he used to oversee as a coach? They're buying players?

"C'mon. College sports have been taking advantage of players for years. And now that the players have an opportunity to make money, Nick Saban wants to complain? Saban needs to shut the hell up, and give some of that money back. Give money back from all those years. And if you're such a great head coach, strip your own budget. Give some cash back, stop your bellyaching."

JR's complete thoughts on Saban's comments and the football landscape can be accessed in the audio player above (begins at 10:00 p.m. ET mark).