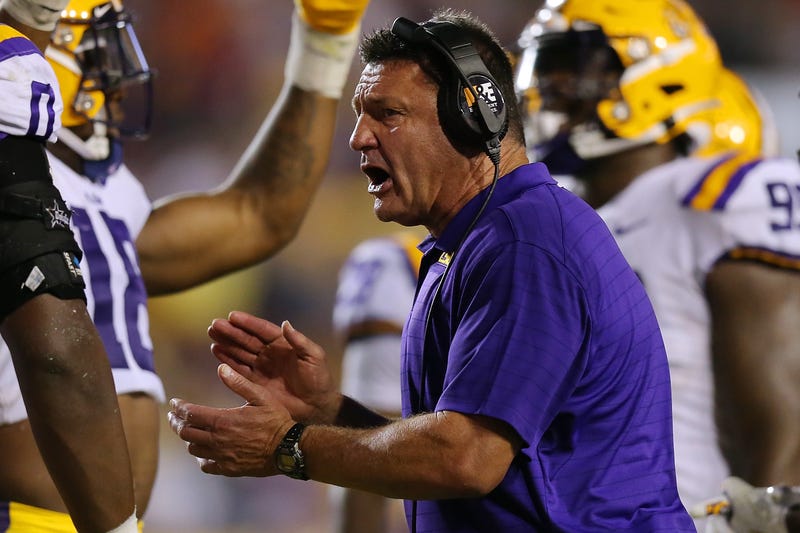 Ed Orgeron isn't leaving LSU empty-handed. According to multiple reports, the 60-year-old head coach -- who led the Tigers to an undefeated national title less than two years ago -- will be owed a buyout of roughly $17 million, since the school has terminated his contract without cause.

During Monday's edition of the JR SportBrief show, JR discussed LSU's firing of Orgeron, and the hefty payments he'll receive once he officially leaves the program after this season.

"Coach Ed O says he can maybe afford to get himself a cheeseburger. He can probably do something better," JR said. "He can open up multiple fast food restaurants, maybe around the country, definitely around Louisiana. This man is basically getting the boot and $17 million to leave! What the hell is that? Fire me today. This is college athletics. And for all these years, the student-athletes couldn't get a dime? How's this even right? This is damn ridiculous..."

Although the news of Orgeron's departure wasn't surprising, perhaps the timing was, as it came just one day after LSU upset rival Florida in a 49-42 thriller at Tiger Stadium. Since winning the 2019 CFP title game, Orgeron has led the program to an underwhelming 19-18 record, and this season's squad remains two wins away from bowl eligibility. Since 2000, the Tigers haven't finished a single season with a losing record.

Who will succeed Orgeron in 2022? This question has yet to be answered. But fans can cross Texas A&M head coach Jimbo Fisher off their wish list, as he denied all rumors connecting him to the job on Monday, telling reporters that his current role with the Aggies is "the job I want."

JR's complete thoughts on LSU's buyout with Orgeron can be accessed in the audio player above.