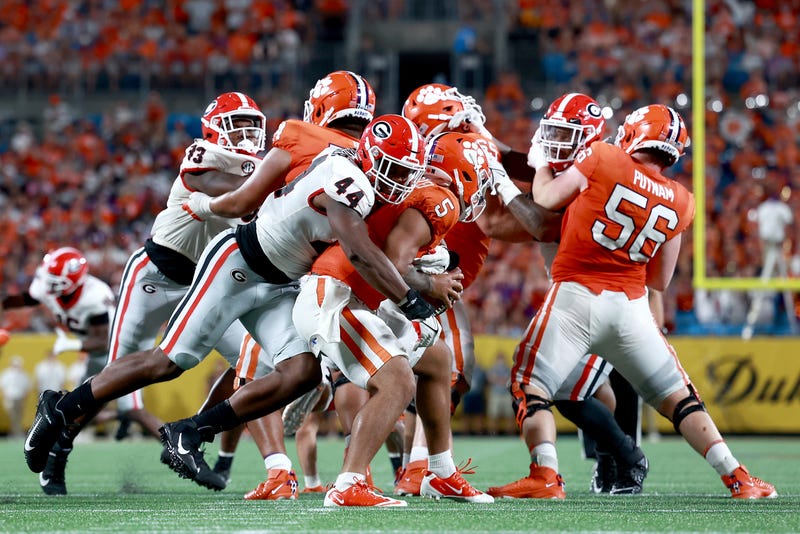 It only took four quarters for Clemson's hopes of clinching a seventh straight College Football Playoff berth to be in jeopardy.

Before a packed Bank of America Stadium on Saturday, the Tigers resembled anything but a national title contender, as their offense -- led by new starting quarterback D.J. Uiagalelei -- was suffocated in a 10-3 loss to No. 5 Georgia. Clemson was limited to just 180 yards of offense and sacked seven times, and the three points scored were the fewest under head coach Dabo Swinney.

"This game with Georgia kind of showed you that, on an elite level, Clemson has problems blocking a really good defensive line," former Clemson and NFL linebacker Levon Kirkland told The DA Show on Tuesday. "And when your quarterback and running back are inexperienced, that definitely hurts, too. They've got really good wide receivers, guys who can make plays and have proven they can make plays.

In his third career start for the Tigers, Uiagalelei was mostly running for his life, scrambling to avoid a collapsing pocket. Overall, the Heisman candidate threw for 178 yards with one interception, and the seven sacks allowed resulted in a total of 46 yards lost. Their running game netted just two yards.

No. 6 Clemson is well positioned to rebound in Week 2, as they're scheduled to host South Carolina State this Saturday. However, since 2014, no team has reached the College Football Playoff after losing its season opener, according to ESPN Stats & Info.

The entire Clemson conversation between Kirkland and DA can be accessed in the audio player above.