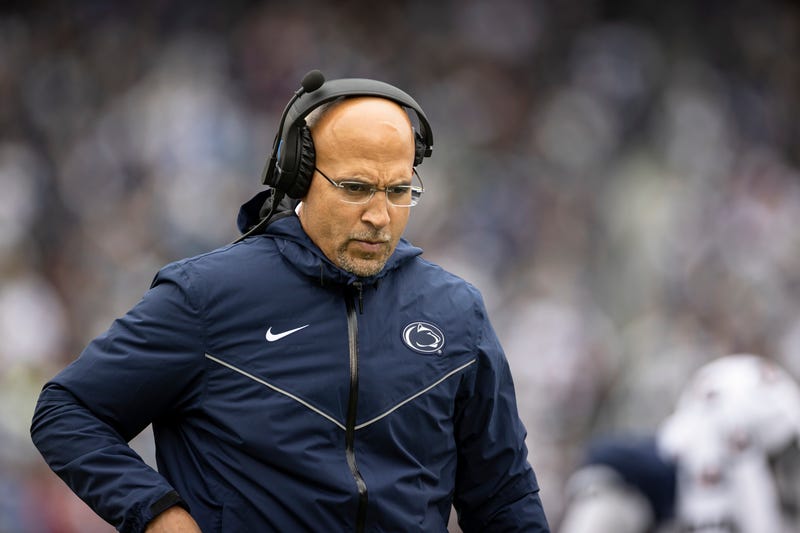 Penn State head coach James Franklin, who's been linked to the job opening at USC for weeks, told reporters on Tuesday that speculation about his future with the program hasn't been discussed among players or the coaching staff. He even doubled down on his commitment to the school, describing himself as "fiercely loyal."

Whether or not Franklin's comments were sincere, he seemed distracted with the media. At one point, he accidentally called Penn State's next opponent Illinois (they're visiting Ohio State on Saturday), and mistakenly called the Buckeyes' stadium "The Big House," which is actually the home of Michigan. Suffice to say, Franklin didn't sound like a coach who's completely focused.

"His name's been tied to that USC job for a while now, and that doesn't come from nowhere, right? So, there has to be some type of mutual interest there," former Penn State quarterback Matt McGloin told The Zach Gelb Show on Wednesday. "It seems like he's got a new agency that he's hired. I don't know if all of this news is coming out because he's trying to renegotiate a contract. Is he trying to get more money? I don't think he deserves more money.

"He's one of the highest-paid coaches in the Big Ten. Does he deserve to get more money than Ryan Day? No. Pat Fitzgerald? Don't think so. Kirk Ferentz? Don't think so. It's become a distraction right now, and they've lost the past two weeks. It's going to be interesting to see what it's like moving forward for Penn State. I want to see where this team's at mentality Saturday... The bond of this team and program is going to be tested this week."

Penn State, which is currently ranked 20th in the nation, essentially removed themselves from the College Football Playoff conversation last weekend in a stunning overtime home loss to unranked Illinois. Three weeks ago, they lost to No. 3 Iowa on the road while ranked No. 4 in the country.

Since joining Penn State in 2014, Franklin has compiled a 65-30 record and led the school to three AP top-10 finishes and one Big Ten title. But they've yet to reach the coveted CFP, which is a measuring stick in their conference. Back in February, Franklin signed a new contract extension through 2025.

Penn State (5-2) and No. 5 Ohio State (6-1) will kick off at 7:30 p.m. ET on Saturday night. According to FiveThirtyEight's projections, the Nittany Lions only have a 30-percent chance to reach the CFP if they manage to win out.

The entire college football conversation between McGloin and Gelb can be accessed in the audio player above.