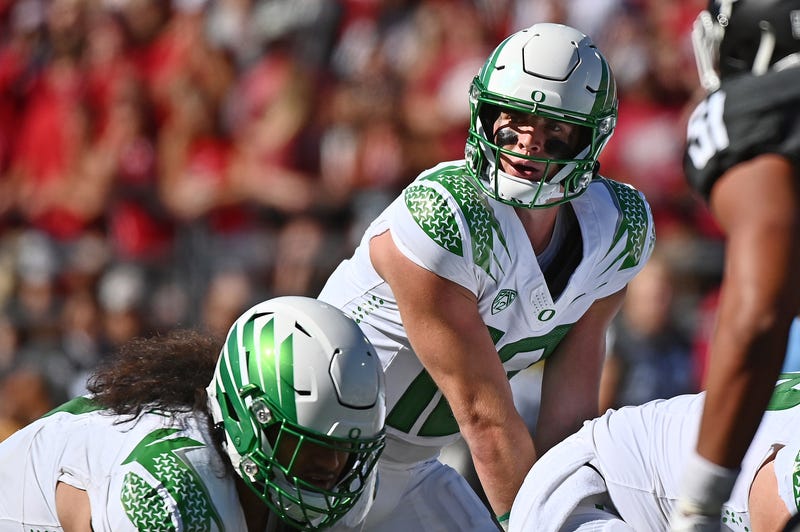 When the calendar turns to October this week, it'll be time to start envisioning what the 2023 College Football Playoff picture could really look like. Alabama, Georgia, and Ohio State remain three mainstays everyone assumes will punch tickets. But, which conference seizes that fourth and final spot? CBS Sports analyst and former Pac-12 coach Rick Neuheisel thinks it's time to look west.

"I think we're going to see a Pac-12 team. The fact USC found a way to win on the road, win with their defense is a bright spot," Neuheisel told The DA Show on Thursday. "I know Utah stubbed their toe out of the blocks against Florida, but after Anthony Richardson threw for over 400 yards against Tennessee, people will forgive them."

USC and Utah were preseason favorites in the conference. But Neuheisel isn't ready to eliminate another Pac-12 team, Oregon, which played in the inaugural College Football Playoff and reached the national championship game (2015). The conference currently has four teams ranked inside the AP Top-25, and as college football realignment looms, the Pac-12 could use a magical autumn.

"Oregon, the way they got boat raced in Week 1, has found a way to return to form. And Bo Nix is, dare I say, playing consistently," Neuheisel said. "There's enough teams in this Pac-12 to keep the attention west -- rather than give up on them before we get to the month of November."

The entire college football conversation between Neuheisel and The DA Show can be accessed in the audio player above.