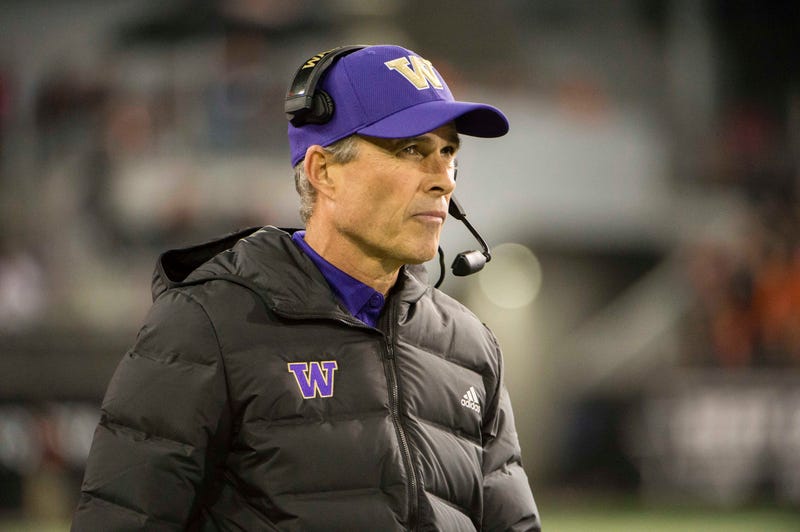 Earlier this week, USC concluded that head coach Clay Helton wasn't going to restore the program's status as a national powerhouse. And so the university announced the firing of Helton, just two days after the Trojans' embarrassing home loss to unranked Stanford.

Although USC won just one Pac-12 title game and didn't reach the coveted College Football Playoff under Helton's watch, they'll have the luxury of sifting through all the top coaching candidates. But who's best suited for the high-pressured job?

"I think there'll be some overtures toward Chris Petersen," CBS Sports college football analyst Rick Neuheisel told the Tiki and Tierney show on Wednesday. "Chris Petersen was the choice when they ended up hiring [Steve Sarkisian]. But Petersen, in the last interview, wasn't interested in doing all the pomp and circumstance that usually accompanies the Trojan job...

"I think they're ready to do that now... I think Petersen, if given the promise and assurance that he can just coach the team, he might be interested. Because he may be missing it... Now that everything's above the board, instead of getting recruits beneath the table, I think that might fit his deal."

Petersen, who served as the head coach of Washington from 2014 to 2019, shockingly resigned following the team's Las Vegas Bowl win two years ago. The 56-year-old is one of the most successful college coaches, as he walked away with a career winning percentage of .793, which ranked second-highest among FBS coaches with at least 100 wins.

In six seasons, Petersen led the Huskies to three consecutive seasons with double-digit wins, and in 2016 and 2018, they were crowned Pac-12 champs. Their 2016 campaign also included a College Football Playoff berth, and two years later, they appeared in the Rose Bowl.

USC, which dropped from No. 14 to unranked in the latest AP top-25 poll, will visit Pac-12 opponent Washington State on Saturday afternoon. According to the William Hill Sportsbook, the Trojans have the fifth-best odds (+800) to win the conference title.

The entire conversation between Neuheisel and Tiki and Tierney can be accessed in the audio player above.