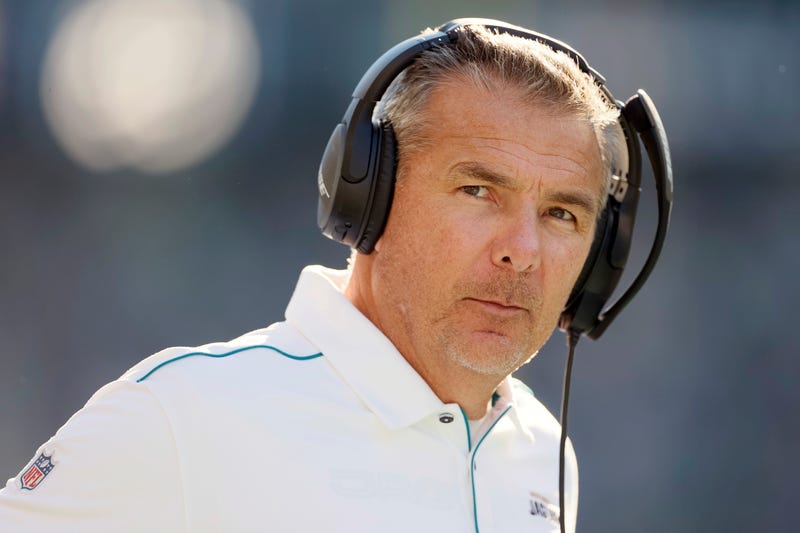 Another eyesore-inducing defeat for Nebraska -- this time a 49-14 blowout by No. 6 Oklahoma -- reaffirmed the notion that the Big Ten program is long past its glory days. Although recently dismissed coach Scott Frost left the team in a state of shambles, it was clear that the Cornhuskers needed a savior -- one who could make fans forget about their recent stretch of misery. Fortunately, the right man for the job, Urban Meyer, was inside Memorial Stadium as part of Fox's pregame coverage. And he received a glimpse of what should be his next project in the game.

Nebraska's decision to fire Frost after an embarrassing 45-42 loss to Georgia Southern on Sept. 10 was an inevitable move. Frankly, it should've happened prior to this season, or after Nebraska's rough Week 1 defeat to Northwestern, which featured a blown 11-point lead during the third quarter.

But the program irrationally held out hope that Frost would turn the tide, right up until the clock hit triple zeroes against George Southern. The improvement likely won't take place this season, but if Nebraska wants to give its fans any reason to pack the stands, they must nail the next coaching hire. Yes, Meyer inevitably comes with some previous baggage. But handing a blank check to a coach who's achieved massive Big Ten success is worth potential rewards.

Meyer's failed NFL experiment with the Jacksonville Jaguars -- which had him engulfed in multiple scandals and dismissed after just 13 games -- wasn't what anyone envisioned. But he's now had a year off to repair his brand and image, which should be sufficient, in terms of allowing him to return to coaching ball without massive stigma attached. After all, Meyer's 187-32 record in the game is impressive by any measure, plus he's won three national championships.

Once upon a time, Nebraska was one of the top programs in the entire nation. They won back-to-back titles in 1994 and 1995 and won a third in 1997, under coach Tom Osborne. Since Osborne retired, the Cornhuskers have struggled to find consistency, as they've cycled through five coaches. Saturday's loss to Oklahoma -- the school's worst since 1990 -- felt like the exclamation point for a excruciatingly lousy era of football. Something needs to change, and the problem won't be fixing itself.

Nebraska has the brand name, Big Ten conference backing, and resources to be a solid program once again. And if all the stars align, then the Cornhuskers' ceiling is making a coveted College Football Playoff appearance. But, in order to return to respectability, they need to find the right leader on the sidelines. 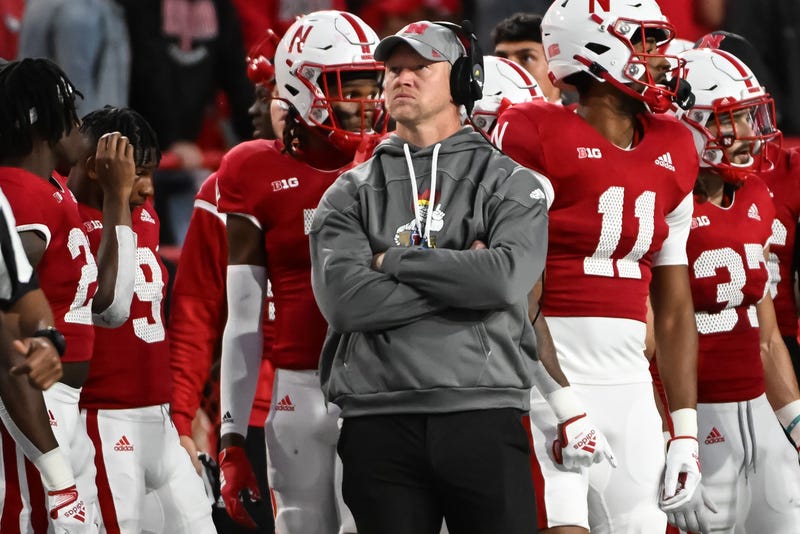 Perhaps Matt Rhule would be willing to leave the Carolina Panthers and return to college. Poaching Matt Campbell from Iowa State is a possible option, as is searching the Group of Five level for an up-and-comer. But Meyer sure would be the ultimate consolation prize for what's been a brutal stretch for fans to endure. No other candidate offers a higher ceiling and lower floor. Every other coach comes with massive risk factors involved. After all, Frost was a hotshot at one point, as he once led Central Florida to a perfect season in 2017. And lifetimes ago, Frost's fit in Lincoln seemed like a match made in heaven.

Given the changing landscape of college football and how difficult it'll be to battle in an increasingly competitive Big Ten, the Cornhuskers would be wise to push all of their chips to the center, with the hopes of finding the endzone.

On paper, the remainder of Nebraska's schedule doesn't look too daunting with upcoming matchups against Indiana, Rutgers, and Purdue. Then again, losing to Georgia Southern at home was Sharpied-in as a victory until those two teams actually had to play. Arguably, the biggest downside of dismissing Frost just three games into the season is the likelihood that things could get worse before they get better. While fans at Appalachian State celebrate their program's overachievement, those in Lincoln have to accept the reality that their season will be lost by the time they fold up their short-sleeve shirts for another gruesome winter.

Perhaps a honeymoon tour with Nebraska isn't what Meyer envisioned when he ducked out of Columbus amid a scandal with Ohio State, or was mercifully canned by the Jaguars last year. But, a possible final chapter where he could bring a widely-bashed Cornhuskers squad back from the dead would be the perfect ending to his storied career. And if athletic director Trev Alberts truly cares about bringing his alma mater back to the promised land, then he'll do everything in his power to make a marriage with Meyer happen.