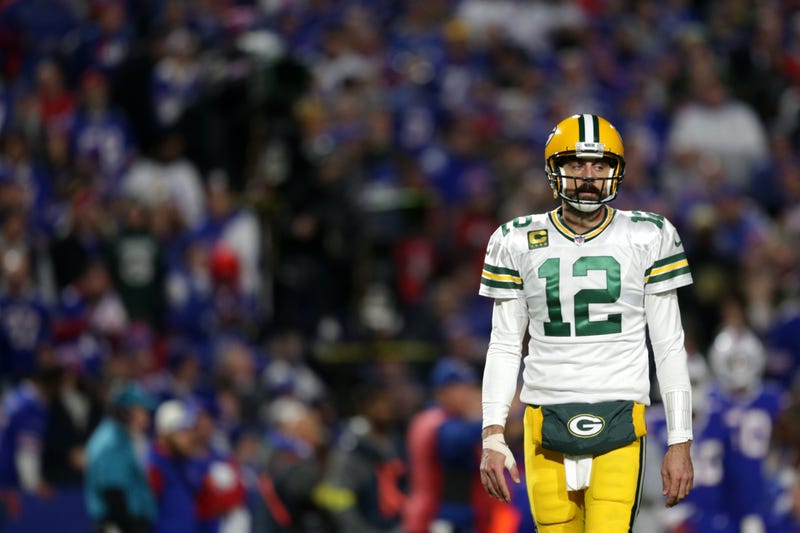 Cowboys (winner): Dallas' failure to land a wide receiver before Tuesday's deadline means they'll need to stick to the formula of winning games on the ground and with great defense. Hallelujah. They currently rank 11th in the NFL in rushing and 27th in passing. That'll even out with Dark Prescott back in the lineup, but this model makes them dangerous. Before the season, Tony Romo told the "Maggie and Perloff" show that Dallas wanted to get back to the 2016 formula of running over people. Brandin Cooks would've helped their passing game, but now the Cowboys have no choice but to remain conservative.

Old guys (losers): Some of us live vicariously through aging quarterbacks. If Tom Brady can win championships in his mid-40s, perhaps I can reach my professional peak later in life. Maybe not, but it's a nice fantasy. So what does the NFL do for us this week? Nothing to help Brady and the Buccaneers, zilch for Aaron Rodgers, and no love for Matthew Stafford and the Rams. Nothing significant for Russell Wilson out in Denver. Seems like NFL ageism to me.

Daniel Jones (winner): The Giants' trade deadline strategy seems to make no sense. They have no receivers and traded potential help in Kadarius Toney, a former first-rounder. This actually sets up well for Jones, who can now make a bona fide argument he has no one to throw to. Get ready for this argument: "Look at what Jones has done with this supporting cast! Just imagine what he could do with help. Slap the franchise tag on him." The Giants aren't great, but their schedule is easy. Jones and Saquon Barkley are going to run them into some wins. They'll also have to draft a first-round receiver next season, further securing Jones' spot. Everything's coming up Danny Dimes in 2022.

Subway (loser): A Russell Wilson comeback and Subway's corresponding sandwich commercials would've been glorious. The Broncos won't admit it, but trading away Bradley Chubb spells the end of their chances to make the playoffs. Perhaps Wilson is oblivious to the optics, and will do more strange videos anyway. People who say they hate Subway's commercials probably watch them more than anyone. Keep the dad humor coming, Russ.

Tuesdays (winner): Aaron Rodgers' Tuesday spots on Pat McAfee's show are always good. When the Packers are in freefall, they're spectacular. Green Bay's inability (or lack of desire) to get him receiving help should spell doom for the season. Tuesdays are typically pretty boring for the fans, but Rodgers will keep us busy as the Packers offense continues to unravel.

Texans and Panthers (losers): Assuming we get the three-way tank-off between Detroit, Houston, and Carolina for the top-overall pick next spring, the Lions made a strong move toward the bottom by trading T.J. Hockenson to the Vikings. That's how you tank. Not sure what the Texans and Panthers are doing by keeping Brandin Cooks and Brian Burns, respectively. It takes resolve to be bad … not sure Houston and Carolina have what it takes.

Brandin Cooks' Twitter (winner) -- Brandin Cooks the player had a tough week, but his social media account did well. The Texans veteran receiver can certainly count on an enthusiastic follow from me, after sending some cryptic Game of Thrones-style message. I have to admit it, I didn't know much about the Archer identity for Cooks. He said he started a bow and arrow celebration to honor his favorite bible verse. For Marvel fans, he's basically the Hawkeye of the NFL -- no superpowers, but a guy who'll help your team. Even though he's stuck in Houston, hopefully Cooks increases his social media audience and keeps sending out ominous warnings to team executives.

Capologists (winners): Teams didn't shy away from players reaching the end of their contracts. Miami will pay Bradley Chubb over $100 million. The Ravens will pay Roquan Smith more than any other off-ball linebacker. The Dolphins have to start thinking about paying Tua Tagovailoa. And the Ravens still have to figure out how to pay Lamar Jackson. Some nerd in the back of these buildings is sweating, because teams don't want to yield draft picks for a player and see him walk, like the Rams did with Von Miller last season. Also, I'm sorry for the stereotype. I'm sure there are some cool capologists.

Dolphins GM Chris Grier (winner): Miami took the strangest path possible to trade for Bradley Chubb. First someone leaks the Laremy Tunsil bong video before the 2016 draft, and he falls to 13th overall. Miami takes him and trades him to Houston for a haul that ended up being Tyreek Hill, Jaylen Waddle, and now Chubb. All while owner Stephen Ross was tampering and tanking. Grier's supposed biggest mistake, taking Tua Tagovailoa over Justin Herbert, is even being reexamined. Tagovailoa leads the league in passer rating. Watch out for Grier as a possible Executive of the Year candidate, if the Eagles and Bills lose a few games. At least name Grier the Comeback Executive of the Year.

Rita Oak (winner): Rita Carvalho, who's a digital artist, vowed to draw Jimmy Garoppolo every day until the 49ers traded him. Well, now that San Francisco has superstar running back Christian McCaffrey, Garoppolo could actually take this squad to the Super Bowl, again. The 49ers might deal Garoppolo anyway, but Rita's amazing drawings will go up in value if they win a championship.

Any sport that isn't the NFL (loser): You'd figure the NBA controversies and World Series would threaten football's grasp on the news cycle. And so, naturally, the NFL leaps off the top rope and sets a record with 10 trades and 12 players moved on deadline day. Nothing can compete with the NFL, which somehow gets more entertaining while atop the American sports mountain.

We strive to be a platform where varying opinions may be voiced and heard. The views, thoughts, and opinions expressed by the author(s) of this article and/or by those providing comments are theirs alone, and do not represent those of Audacy, Inc. We are not responsible for any damages or losses arising from this article and/or any comment(s).
Featured Image Photo Credit: Joshua Bessex / Stringer / Getty Images